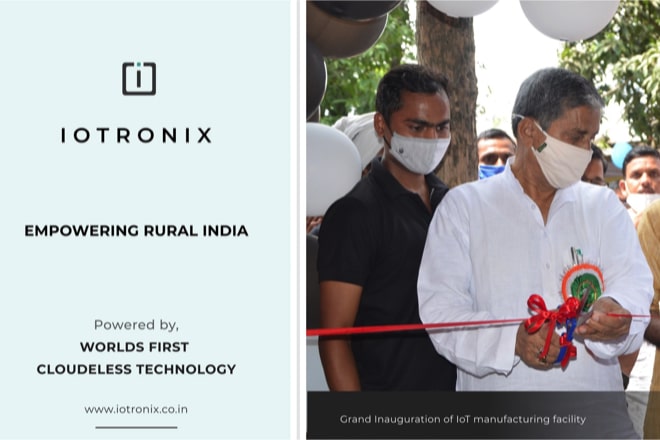 “Dedicated to the nation’s mantra of economic revitalisation through ‘Make in India’ and ‘Aatmanirbhar Bharat’, IoTronix has taken its most ambitious and boldest step by establishing the

Set deep into the rural areas at the Indo-Nepal border, this massively sprawling campus of over a hundred thousand square feet is a hub of industry leading technologies. As a symbol of commitment by IoTronix towards rural development, this facility is expected to create thousands of jobs over the next few years, thus supporting the local economy and local infrastructure,” read a company statement.

IoTronix said it has spearheaded the development of robust IoT devices that are efficient, secure and reliable than the conventional devices of today. These IoT-enabled devices, besides being highly energy conservant, can also be controlled with just a click on the smartphone. IoTronix’s services are said to run deeper than just connecting devices. With its business approach set on hardware-as-a-service (HAAS), it has it focuses on automated smart homes.

The company has also brought forth its 4th generation of IoT devices with the ‘Cloudless Technology’; a concept enforcing ultra-privacy by not storing any user data on the cloud, thus making the system foolproof against security threats.