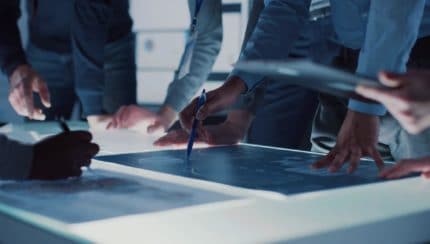 Astrocast, a leading global nanosatellite IoT network operator, announced on Tuesday the signing of an agreement to acquire Hiber, a Dutch IoT-as-a-Service provider.

Hiber offers industrial customers asset monitoring and tracking solutions via satellite-connected devices that enable customers to monitor and track assets in remote locations. Its services include wellhead monitoring for major oil and gas companies, as well as asset tracking for off-grid work sites in industries like agriculture, forestry, and mining. The company’s business model is based on multi-year subscriptions that include sensors, network hardware, satellite connectivity, and a dashboard.

The acquisition of Hiber is expected to bring Astrocast a number of significant benefits, including:

– It broadens Astrocast’s product and service offerings by including the HiberHilo remote oil well monitoring solution and the Hiber Easypulse asset tracking solution. It expands coverage to the Americas thanks to Hiber’s access to L-band spectrum via its agreement with Inmarsat.

– It hires 50+ highly skilled and experienced IoT specialists with unique technical capabilities and an understanding of customer IoT requirements across multiple verticals. It adds Hiber’s sales force to Astrocast’s sales team, creating cross-sell opportunities. Because Hiber’s customers include ExxonMobil, Shell, Oil Search, NAM, and ENI, the combined group will have increased exposure to energy clients and the ability to support their transition to renewable energy production. Improving Astrocast’s sales and go-to-market strategies, as well as OEM strategy.

AT&T and Nokia Partner to Open IoT Innovation Studio in...