There was a time post 2005 when the race to develop the best operating system for a mobile platform heated up. Luckily many big names got through but there where some bigger names who never lived happily ever after. Apparently enough, Mozilla never called Mozilla OS a failure (nor did any body else). Sadly enough, the operating system sank into oblivion and memories. 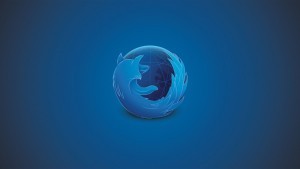 The storm has settled, and with a glimmering ray of light Mozilla recently announced its IoT project lineup. The world is now awaiting three major shortlists namely, “personal user agent”, a smart home initiative, a crowd-sourced network based on sensors and a voice interface for IoT devices.

Cutting it short, Mozilla wants all hands on deck and is calling out to developers and communities to tweak its projects.

Formerly called as Foxlink, Project link is an experiment product to build software building blocks which can interact with devices much like a personal assist. In the IoT World understanding preferences over choices give the user a personalized feel good factor. Mozilla Project link is trying to understand how humans interact with the connected devices and how well these devices can connect to us in the real world.

Probably “Project link” can be built onto a robot in near future and lets call it a walking talking personal assistant with a sweet digital voice-over to tip it off . Imagine a Humanoid robot who understands your world rather than a device which prompts you to do that certain activity when u miss the schedule.

To top it all the Programming structures are coded on blazingly fast and efficient “RUST”. A prefect combination of minimal run-time, pattern matching and guaranteed memory safety ensure faster development cycle.

Lets welcome ourselves a broader term called Near real-time situational awareness. The idea here is to create a network of sensors that keep supplying information in real time to people and hyper-local use cases. In not so distant future, Mozilla’s SensorWeb will chart out the amount of rush in your Apple store when a new iPhone releases, how much time you need to wait for your favorite beverage, where is everybody rushing this weekend, or your favorite movie in near nearest theater is worth watching or not? Probably this would come in handy for travelers or tourists where they can find resources and essentials such as food water at real time while getting to know if they have to stay at Motel which fits their budget. This project has close resemblance to the BLE projects in retail market sector. Thus the potentials are limitless.

PM2.5 is just a pilot project using which SensorWeb is trying to provide a real-time situational analysis of Air pollution and informing the people living in that particular area about the quality of air they are breathing in. The plan is to install these sensors into offices and open spaces. The project can help for instance many people who have respiratory problems and make it safe for them to venture out within their neighborhood. For now , Mozilla is yet to disclose more information for us to wait and watch.

Mozilla seems to have identified the gap in consumer electronics and IoT and plans to create an infrastructure of easily configurable smart home project. There is a huge inertia in order to adopt this technology with respect to ease of usage and affordability. The consumers are confused whether they want to turn their humble washing machine into an IoT device or their TV into a Smart one.

The gap could be fulfilled by a easy and affordable on system which Mozilla is working on. There are many people who have built smart mirrors at their home with various open source softwares and DIY Kits. The developer community and the geeks have exposure to such DIY but the real pain point is to make the rest of the enthusiast who would want to own one.To crack this problem down Mozilla is trying to cut down the technology dependency and wants to make consumers to make a run for it without thinking twice. This reminds us of the “The Jetsons” cartoons and the futuristic smart homes that where envisioned back in the days. The fact that Mozilla is trying to solve simple problems of people through smart solutions is good thing.

Vaani in the sanskrit language has resemblance to the literal meaning of voice and speech in English. Aptly named. Vaani is a Voice assist program which will answer to your queries in real time. Mozilla has known the fact that voice assisted device gave more personalized feel to the users. Home automation sector can use a wide range of customized voice assisted program and Mozilla plans to expand the category to wider range of IoT devices.

Vaani could be seen competing with SIRI and Google anytime now and its calling in developers for assistance worldwide. More than setting an alarm on the cellphone, asking for temperature in the surrounding or scheduling a call in real time while sitting at home; Mozilla wants to paint the bigger picture of automation in IoT zone.

In not so distant future we can experience the potential of Vaani, Link ,SourceWeb projects all working in the Mozilla OS platform. This has brought a new leash of life to once retired OS to the Internet of things arena.

IBM lends support to Rotterdam Port to get Smart