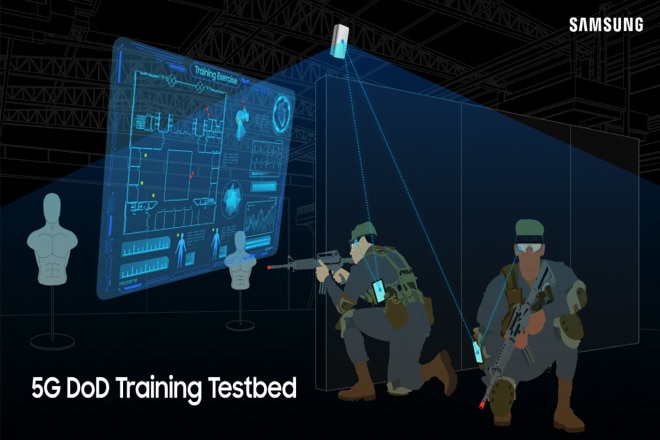 GBL Systems Corporation (GBL), a provider of systems engineering, software services, advanced technology solutions to the US Department of Defense (DoD), and Samsung Electronics America, Inc., today announced that they have begun to deploy new 5G testbeds for Augmented Reality/Virtual Reality at US Army military bases.

Samsung said, the 5G testbeds are part of a broader DoD initiative announced in October 2020, which awarded $600 million in contracts for 5G testing at several US military test sites. GBL and Samsung have been contracted to support one of the largest testbeds, demonstrating the use of AR and VR over 5G networks for training applications.

“GBL is excited to work with Samsung to rapidly field a 5G network that is scalable, resilient, and secure to create a prototype test bed in support of a new DoD 5G-enabled AR/VR training capability,” said Jim Buscemi, CEO.

According to an official statement, the testing will start in a lab environment using Samsung’s mmWave and mid-band 5G radios. Field testing will then follow two US Army training bases that will support a live and simulated Army brigade. These field tests will primarily use mid-band 5G radios to maximise coverage and expand training capacity from a company-level to ultimately a brigade-level of soldiers.

“Samsung is pleased to collaborate with GBL to deliver a reliable, resilient and secure 5G network for the DoD to evaluate new capabilities for our U.S. troops,” said Imran Akbar, vice president and head of new business team, networks business, Samsung Electronics America.

Toyota Launches Office in Chennai To Research on AI and ML...