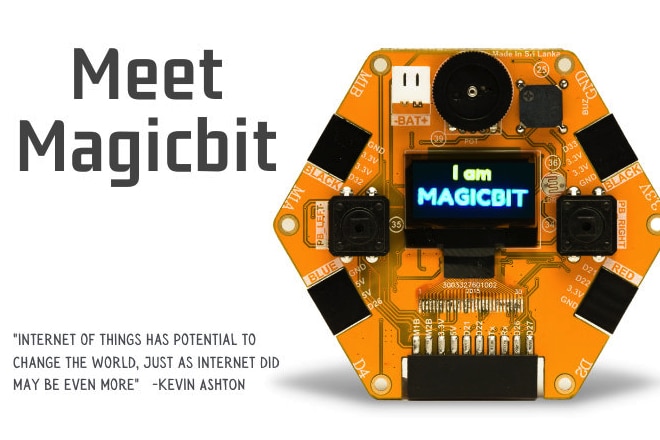 Innovators and developers looking forward to learn IoT may be interested in this new hardware developed by a team of engineers at Magicbit, a STEM education platform that allows users the opportunity to learn and practice new technologies like IoT, robotics, programming, electronics and AI. The development board claims to provide an easy way to create IoT projects in just 10 minutes.

The IoT development board is equipped with versatile ESP 32 powered, arduino compatible design. It features a development environment of cloud based IoT platform called Magicblocks, paired with mobile application to connect with user’s project for interaction and feedback. Magicblocks app enables to use powerful sensors in mobile as inputs and use the mobile as an output. It also includes inbuilt sensor and pluggable modules without need for jumper wire, bread boards or soldering. The visual code builder based on Node-RED has visual and remote programming features that allow beginners and developers to create and prototype projects and applications.

The Magicbit board supports popular frameworks like Arduino, Python, Nodejs, C# allowing users to code with their preferable platform. Magicbit is a tiny computer that can be programmed to create different innovative applications. The idea is to minimize the additional components required when developing solutions, the company said.