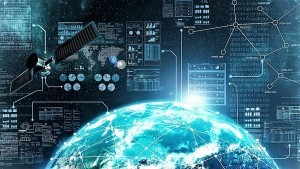 Internet of Things is the next big thing and China is aiming to become a global frontrunner in this field.

The Chinese Academy of Sciences (CAS) has just announced that it will be launching a constellation of 72 low-earth orbit satellites for the Internet of Things (IoT) over the next three years.

According to Xinhua, the programme will be implemented by Beijing-based private satellite company “Commsat,” which was funded by the Xi’an Institute of Optics and Precision Mechanics under the CAS.

A total of eight communication satellites of the programme were sent into space last year for in-orbit tests.

Following the successful trial, the company now plans to initiate the commercial use of the programme in 2020 with the launch of another four satellites. And it is targeting to complete deployment of the rest 60 satellites by the end of 2022, the news agency reported.

China is already leading in the field of artificial intelligence (AI). As per a recent report, Chinese organizations make up 17 of the top 20 academic players in AI patenting, as well as 10 of the top 20 in AI-related scientific publications.

Now, the country is also apparently leading the IoT market. According to the Global System for Mobile Communications Alliance (GSMA), Chinese mobile operators are leading the world in the deployment of transformative Internet of Things (IoT) solutions.

The GSMA said China is the world’s largest IoT market with some 960 million devices connected via cellular networks, accounting for 64 percent of global cellular connections.

“Backed by the government, China is now at the forefront of the development and deployment of IoT solutions based on mobile IoT technology,” said Alex Sinclair, chief technology officer of GSMA.

2020 Will Be Year Of Artificial Intelligence For Telengana