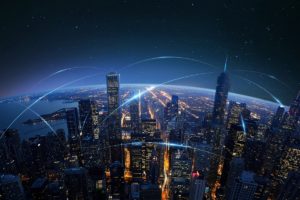 At the recently concluded Mobile World Congress 2019 held at Los Angeles, US, Sprint Corporation, a US-based telecommunications company, has announced the addition of IoT (Internet of Things) and NB-IoT (NarrowBand Internet of Things) private networks to the Curiosity™ IoT solution.

It is expected that these two new additions will provide greater flexibility to Sprint’s enterprise customers and will generate new IoT use cases by implementing intelligent device data for benefit across several industry verticals such as manufacturing, public safety and mining. This will also provide an opportunity to regulate critical IoT applications that require low latency.

Ivo Rook, Senior Vice President of IoT and Product Development, Sprint, said, “Curiosity™ IoT was created with the possibility of private networking in mind. The dedicated, distributed and virtualized core network and operating system allow for the flexibility across all types of customers, including those who have very demanding network needs or operate in hard-to-reach areas.”

With the presence of NB-IoT on the Curiosity™ IoT solution, CAT-M, or category-m standard (for high speed and low power consumption) and  LPWAN (Low Power Wide Area Network) access will further get strengthened across a wide IoT platform.

With regard to this, Ivo Rook added, “Whether its sensors are in a large fleet of cargo trucks or connectivity across an industrial automation operation, the combination of CAT-M and NB-IoT brings flexibility to address the unique demands of diverse connected device use cases.”