After completing the coverage of 30 smart cities, SenRa is now aiming to connect all of the 100 smart cities of India with LoRa Network 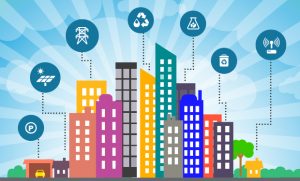 SenRa, Low-power Wide-Area Networks (LPWANs) provider for long range-based (LoRa) Internet of Things (IoT) applications, is planning to connect all of India’s 100 smart cities by 2020. The New Delhi-based startup is hopeful to successfully deploy the network across all the planned cities by 2020.

A LoRaWAN gateway deployed on a building or tower can connect to sensors more than 10 miles away or to water meters deployed underground or in basements.

Ali Hosseini, CEO and Founder, SenRa, said that it was critical to have a countrywide network built on IoT and machine to machine (M2M) that would sustain applications. He added that LPWAN was the key to the IoT network worldwide.

As per a recent IoT Analytics report, SenRa plays a major role in India’s IoT market which stands at about 23 per cent of the total global market.

Industrial IoT will be key driver

According to the CEO, IIoT or Industrial IoT will drive the growth of IoT in India. He believes that India will pose a $15 billion IoT market by 2020 and of this, IIoT will drive 3 to 4 billion in the future.

25% of Digital Workers Will Use Virtual Employee Assistants Daily by...

Robots Are Growing On You