Home Opinions & People IoT Is NOT A BUZZWORD Anymore 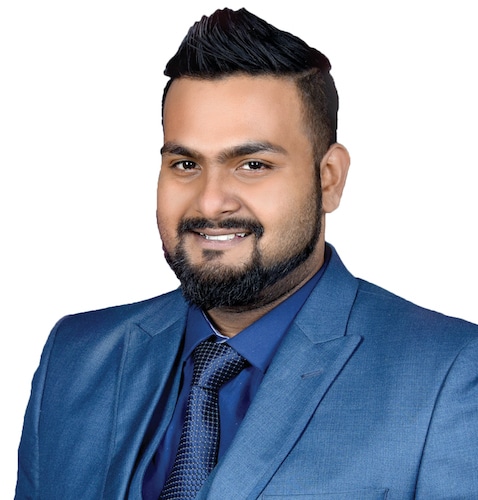 To understand this report better and how its findings can benefit you, we spoke to Satyajit Sinha, senior analyst at IoT Analytics. Here are some excerpts of our discussion.

Q. How did you manage to classify/quantify data for elements like MCUs that can be deployed for other than IoT applications too? Is this study based on data collected directly from the OEMs, their distributors, or other secondary sources?

A. We have done detailed research on the top eight MCU vendors and bottoms-up analysis of their product portfolio. We excluded the MCUs for smartphones and other non-IoT products and aligned their segregated revenue as per IoT Analytics’ definition of IoT.

The research is based on a rigorous process with academic and industry-recognised methodologies (such as web-based analytics, trends analysis, and publicly available data on the market—such as annual reports, company websites, public M&As, and interviews of EDA, IP, connectivity chipset, and security players). The insights gained through these methodologies were enhanced by IoT expertise from internal research analysts and consulting team.

The market model for the 2015-25 period integrates publicly available information with intelligence IoT Analytics gathered from companies active in the market via telephonic interviews and personal meetings at business events during the last four years. When not known, regional and segment splits were approximated using several indicators such as general country KPIs (GDP, population, etc), number of companies supporting or adopting the technology in a specific region, or announcements, network rollouts, and deployments, etc.

Data from this report was compiled from a variety of primary and secondary data sources, including:

Q. Many industry gurus have been claiming that IoT is just a buzzword created by marketers and analysts. What would be your message to them?

A. In my opinion, IoT is not a buzzword anymore. IoT is in a state of evolution. Earlier, it was machine to machine (M2M) communication and going forward it will use artificial intelligence. Further, non-IoT devices contributed only to personal transformation, such as smartphones and tablets. IoT will bring social transformation like smart cities and smart healthcare.

Q. If an investor were to sit with you and ask which are the top three or five types of tech that I should invest in—out of the entire gamut of tech involved in IoT—which would be your top favourites and why, specific to connectivity-related tech?

A. I would suggest the following technologies:

Q. Any opportunities you foresee for India’s nascent electronics/IoT industry?

A. In terms of IoT, India is still at nascent stage. However, Jio’s launch of NB-IoT nationwide network and partnering with both device players and cloud players makes Jio a potential IoT leader in coming years. In terms of hardware opportunities, India will continue to be dependent on China and other foreign players. However, as we have seen, the Make in India initiative has led to local manufacture and assembly of smartphones. We can expect the same trend for IoT devices in coming years.

Q. What is your take on NB-IoT? Many in the telecom sector have been talking about it, but we are yet to see major roll outs. Is that going to change soon?

A. NB-IoT is already making headlines. By the end of 2020, globally, 128 operators had deployed or launched NB-IoT or LTE-M networks in 62 countries. Further, 158 operators are actively investing in NB-IoT technology, of which 111 have deployed or commercially launched NB-IoT networks. NB-IoT represented 9% of total IoT connections by 2020, where China contributed 90% in terms of IoT connections. Outside of China, NB-IoT’s adoption is slow as LTE-M, LoRa, and now 4G LTE-Cat 1 are constantly competing with NB-IoT. As mentioned, Jio’s NB-IoT nationwide network holds much potential to grow India’s contribution to IoT.

Q. How’s deployment of 5G going to affect the 21+ standards? Are we going to see more, or are we looking at amalgamation/consolidation of some?

A. Release 17 of 3GPP will consolidate almost all cellular IoT networks into one umbrella of 5G. However, WI-FI, Bluetooth, wired, VSAT, and unlicensed LPWA will remain standalone.

Q. If you were to advise governments wanting to define a policy related to IoT that would enable their start-ups, MSMEs, and MNCs to benefit from IoT and semiconductor play, what would be your advice to them?

A. I will advise the following:

Q. Do you foresee any role of start-ups in this eco-system, or is that a game for ‘big money’ only?

A. In IoT, there are many components required to deploy a solution, of which device, network, platform, and cloud are the four major heads. A start-up with a unique solution or technology can create space for itself. However, partnership and collaboration among all verticals is the key to success. Even the big players are not doing everything on their own. However, we can see a lot of takeover of good IoT start-ups by large IoT players.

IoT To Advance the Hospitality Segment