A lot of IoT and smart devices have already been integrated into our daily lives. The number of connected devices in India is expected to reach 2.7 billion by 2020, with NASSCOM predicting the economic impact of these devices reaching up to USD 15 billion next year. But nearly half of the market potential of IoT remains locked due to lack of interoperability standards. 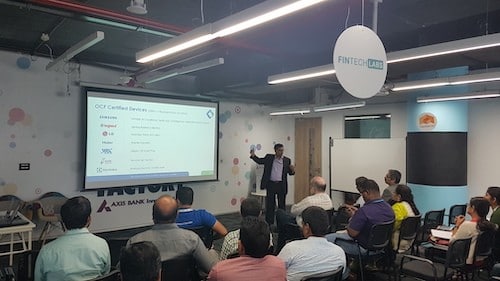 “The main problem in India is we don’t even talk about standards or analyse how a new device gets recognised. 47 per cent of problems can be solved if we unlock Interoperability. Open Connectivity (OCF) India Forum is aimed to solve the interoperability challenges and leverage the right standards.”, says Dr. Aloknath De, CTO, Samsung R&D India.

Background and what is OCF? 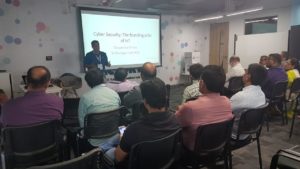 The main idea of the event was to discuss the need of OCF India Forum and the role of standardisation, Indian IoT market, the need for standards and security.

“This event is mainly for IoT developers, start-ups and SMEs to understand the need for standards and how OCF can help with that. OCF India Forum now has 35+ companies that have signed up and we aim to build this number meaningfully”, says Sudhanshu Mittal, Director, Nasscom CoE IoT.

The standards and protocols can be easily integrable even by beginners. “I have used IoTivity- Lite to implement OCF protocol in my PoC at Intel, which is all about addressing the gap of interoperability with OCF. Using IoTvity – Lite I can let my device talk to any of the device irrespective of platforms, OS, etc and ensure secure communication. The coding and integration part are very simple and just takes a matter of few hours”, says Madhuri Krosuri, Intern, Intel India.

Until a few years ago, the communication was mainly person to person and then it was the person to object, now with IoT its object to object. In India, IoT implementation or usage in real life is still in initial stages. Only in some high-end homes, we have smart homes implemented. The voice integration may not be there, but at least you can turn it on, turn it off, sense the occupancy in the room. The actions are mainly automated with sensors. The whole idea is one device will talk to another and sense the context and do something. For example, with an outdoor picture, a device will be able to sense how the outside weather is and convert the internal atmosphere also according to that, just to create a mood. If it is so gloomy outside, you may want to have a cheerful environment inside or replicate the same outdoor atmosphere. These are just a few examples, but there are many more utilities and services of IoT for office, home, elderly, infants, etc. 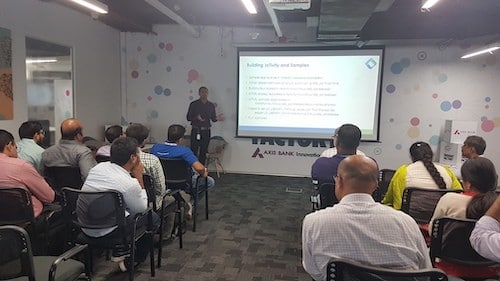 To do all of these, you will need many devices, and each device has multiple parameters and categories. A simple light itself has many categories, like dim, bright, fluorescent light and many more. The challenge is in extracting all these classes and categories in a computer language such that these devices along with their respective functions gets mapped on together with its resource and its capabilities.

The need for standards

Standardisation is mapping the physical world to the digital world in one common language so that it becomes easy to deal with. In the physical world the connections would not be possible and doing this there would be extremely difficult. So, we go up one layer in the digital world, connect them in a common language and then go down to the physical layer. This is important because, with many the devices in the real world, there is a connectivity, service discovery and data that can be interlinked. With standards it is easy to connect and once connected, we can do anything with it. That is the whole angle and role of OCF.

“When there is a large-scale implementation of any technology, there should be a standard. Security is one main factor in these standards as well. Today, none of us will be ready to do a transaction on a page without a digital certificate. Unless it is evaluated and certified, it is useless. That is where OCF or any standard body comes, and it is important.” Divyanshu Verma. 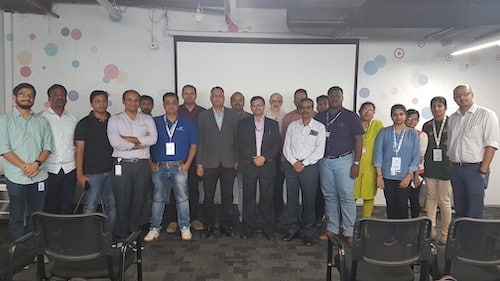 “It is not just the SMEs and the start-ups that need a standard, big players need them too. While doing mass implementation on projects across the globe where sensor counts can go up to 20 thousand, integration, interoperability, and reusability becomes vital. That is where standards like OCFs can be very helpful”, Ashish Khushu, Chief Technology Officer L&T Technology Services Limited.

With such standards and supporting bodies in place, today’s IoT ecosystem is in for a drastic change and this might help us reach the 64 Billion IoT devices mark sooner than 2025.

Telefonica to Migrate Systems Onto Cloud in Deal with Oracle