IoT solutions providers should always start to implement IoT threat modelling from the architecture phase. Based on that, one can change architectures and designs and then move on with the technology. 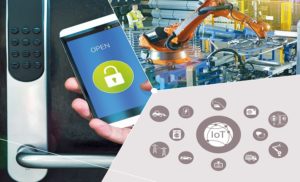 There are two aspects of security in the IoT industry, one is cybersecurity and the other is IoT security which is only specific to the IoT solutions.  However, without leveraging the technology from the cybersecurity, IoT security cannot be fully implemented.

A lot of people are developing IoT solutions, but they are only considering security as part of their threat or vulnerability, which happens after the product is deployed in the field. This should be avoided. From the get-go, everybody should start thinking about security and based on that mitigation parts should be measured, and then do the architecture and designing part.

So, the sensors send data to the node and the Cloud gateway zones which the user monitors. Based on that, the user will send some control or commands to which the sensor responds.

When we talk about the above process with respect to security, there are a few challenges in the IoT and the cyber world:-

A lot of things that can be done to mitigate risks in IoT devices. For example, by modifying the architectures of the old technology at the design time, we can have the vulnerability detected at the early stage.

While a lot of implementations have been done for cybersecurity, how to leverage them step-by-step into the IoT security is going to be the next challenge for IoT programmers.

As per the HPN research: –

Despite these rising number of vulnerabilities, many companies are not concerned about IoT security and have this belief that there is nothing of value to an attacker.

A “scattering” or different thinking in terms of providing end-to-end security is creating huge chaos in its implementation. Meanwhile, 63 percent of enterprise executives expect that they will be forced to adopt IoT security.

We need to look at security from the both cyber and IoT security perspectives.

The general IoT security strategy will include:

IT security and OT security are very similar to cyber security, where you can control, monitor and secure your entire infrastructure. But when it comes to the physical security of the IoT device, you need to have some methodologies or standards.

These security standards can be implemented and maintained by the international corporations where experts can come together and define certain things that are acceptable both to the IoT security challenges as well as to the cybersecurity challenges.

A few companies and manufacturers are working in this direction to create complete end-to-end security solutions, where users would only need to worry about the application development and not about securing their data.

IoT solution is not generic, it is complicated. The IoT solution that works for smart home automation cannot be applicable to the retail sector.

Moreover, IoT security is defined and viewed by major IT security providers as an inflection of IT.

As per the Gartner report, “IT security products and services play a major role in the IoT security. But the use of IoT devices in engineering and physical environments like manufacturing, transportation and utilities provide another context of providing IoT security which is accurate but incomplete.”

Given these scenarios, threat modelling is going to be more valuable than ever. So, in a nutshell, a combination of IoT device threat analysis and cyber security will play a major role and help achieve good results.

Microsoft came up with threat modelling a couple of years ago for their different products. Now, they have made it public so that IoT solutions providers can also use this technique.

Threat modelling answers some of the challenging questions such as: –

The process is simple, one just need to follow these steps:

One may also make slight changes in this process as per the need.

To do the threat analysis, there are five major core elements:

However, this threat modelling does not give you the guarantee of not having any vulnerability while deploying the product, but it can help you prevent 80 percent of vulnerabilities from the get-go. When any vulnerability arises, you can apply the security patch at the high level and prevent it from the gateway or cloud, without needing to touch the device.

This model consists of:

There are many ways to counter these threats. These include:

While adopting these countermeasures, the technology part should come last. At the very beginning you need to counter the threat by changing the architecture and implementation. And before all these, you need to apply threat modelling on your IoT security.

So, IoT solutions providers should always start to implement IoT threat modelling from the architecture phase. Based on that, they can change architectures and designs and then move on with the technology.

Also, if you change the network key after every 24 hours with respect to the encryption key inside your device, you can recover within 24 hours in case anyone hacks your device.

The article is an extract from a speech presented by Tejas Vaghela, General Manager/ Director, System Level Solutions Pvt Ltd, at IEW/IOTSHOW.IN 2019.