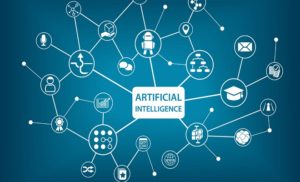 The recent report WIPO Technology Trends 2019: Artificial Intelligence has revealed that China is leading in the field of artificial intelligence (AI), which has witnessed an upsurge in patent applications in recent years.

It includes a ranking of the global institutions that have filed the most patent applications for AI inventions.

China and the US are the two most popular offices for filing AI patents, followed by Japan. Together, these three offices account for 78 percent of total patent filings.

As per the report,nearly 340,000 AI-related inventions have been filed for patents since the emergence of the technology during the 1950s.

WIPO Director General Francis Gurry said that Patenting activity in the artificial intelligence realm is rising at a rapid pace, meaning they can expect a very significant number of new AI-based products, applications, and techniques that will alter our daily lives.

At present,patent applications for machine learning dominates the field. Filings of machine learning-related patents increased with an annual average growth rate of 28 per cent between 2013 to 2016.

The report has also predicted that AI will grow with “major military and economic” uses in the coming years.

Bahrain And Karnataka Join Hands For Cooperation In AI, Fintech And...