“Rather than using usernames or passwords, use X.509 certificates to improve security of your IoT devices” 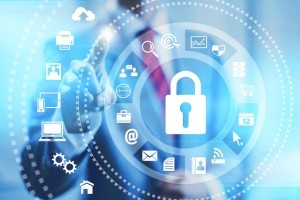 There are a few challenges when we look at the security of Internet of Things (IoT). In the IoT domain, assets or products are getting connected. When the design for them begins, security is never considered important, though it should be the topmost criteria.

There is always a BOM (Bill Of Materials) pressure which persuades the designer to opt for the least expensive CPU memory and create a gateway using that. And after the entire design is complete, it is realised that there is no room for security, which becomes a big challenge.

Secondly, the devices are generally unattended. For instance, in connected manufacturing, all the devices are scattered around the factory floor. This makes the gateways prone to hacking.

Thirdly, if you look at the IoT devices then they are usually username and password-based. This is not the right way to secure things.

Fourth, due to the presence of network connectivity everywhere, a security threat is created for the devices in that network. When we look at the IT side, it becomes a bigger challenge as the architectures of the IoT gateways are very different from the standard gateways that IT manages. These IoT gateways are new for IT, and so they don’t know how to have adequate security for this kind of things.

To mitigate these threats, we have to first understand the types of threats present in the IoT environment. Some threats that are predominant in the IoT area are:

Security Practices for Each Role

As there are different ownerships, a security practice needs to be followed for each role :-

There should be multiple layers of security, so that if one layer is breached then one can fall back on others and still be secure

These Sphere processors have a Linux OS that adheres to the above stated system-security properties.

Moreover, there is a 10-year lifetime access wherein all the patching and updates are pushed from the cloud side to the devices, thus ensuring the security of the devices for the next 10 years.

A service sitting on the cloud “Azure Sphere Security Service” maintains the root of trust between the cloud and the device as well as device to device. So, the certificate generation and authentication are taken care of by this cloud service.

This is a critical feature at any IoT framework. Every device has a different lifecycle, which consists of planning, firmware updates, monitoring and replacing it with a new one.

So, when a device boots up, first the device should be connected to a secure cloud platform and then it should be installed with the latest updates.

Through device provisioning service, thousands of devices can be provisioned at once automatically. After booting up and connecting, the cloud service identifies that the device is a valid one and belongs to the same network by showing a certificate.

Once that certificate is analysed, then the device is validated and given the right credentials to perform further communication seamlessly.

This practice is followed for individual enrollment as well as group enrollment. This is a zero-touch provisioning which is required for any IoT architecture.

If someone is trying to do a spoofing attack, then one should have TLS (Transport Layer Security) 1.2 encryption when sending data to the cloud

This article is an extract from the speech presented by Shailendra Miglani, Global Black Belt Team-Technical Sales, Microsoft Azure IoT Cloud, at IOTSHOW.IN 2019.