In addition to dramatically expanding its customer base, Automation Anywhere also more than doubled its human workforce in 2018. 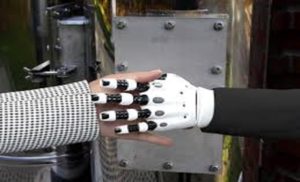 Automation Anywhere, the global leader in robotic process automation (RPA), has predicted that it will be the world’s largest digital employer by 2020. It is expecting to deploy three million bots worldwide by next year, a 200 per cent increase from today.

The company announced unprecedented ecosystem growth in the first quarter of 2019, with more than 2,800 customer entities and 1,600 enterprise brands using the company’s intelligent RPA platform.

With this current growth rate, the company expects to deploy more than three million bots by 2020, which will make it the biggest ‘employer’ in the world.

“Our vision is to unlock new levels of human creativity and ingenuity, harnessing cutting-edge automation and AI to usher in the workforce of the future, and liberate people to focus on what human beings do best – innovate, collaborate and use their talent to solve higher order business challenges,” said Mihir Shukla, CEO and Co-founder at Automation Anywhere.

He added, “As more customers realize the benefits of our industry-leading intelligent RPA platform, allowing for unconstrained innovation and growth, their success continues to drive our momentum.”

In addition to dramatically expanding its customer base, Automation Anywhere also more than doubled its human workforce in 2018 and expanded its partner network to a total of 700 global partners, a three-fold increase year-over-year.

The company built a global presence in 35 countries worldwide, opening new offices in Brazil, France, Mexico, the Middle East and South Africa in the first quarter.

It released the industry’s first Digital Workers, ready-to-deploy digital personas that combine task-oriented, cognitive and analytical abilities to automate repetitive activities, creating the world’s first marketplace for the workforce of the future.

Robotic process automation (RPA) is now one of the fastest-growing technologies with the global RPA market emerging as an estimated $100 billion opportunity. Research firm Gartner has also estimated that by 2020, 40 per cent of large enterprises will deploy RPA software, up from less than 10 per cent today.

“Our research predicts that the global RPA market will continue its extraordinary growth at 90 per cent CAGR to 2020,” said Sarah Burnett, Executive Vice President and Distinguished Analyst, Everest Group.

“To make the most of this demand, RPA vendors need to invest in product enhancements. Automation Anywhere’s approach includes investing in R&D to enhance its ease of use, adding to its automation capabilities and enabling innovative partner offering,” she added.

AIStorm Raises $16 Million In Oversubscribed Series B Funding To Commercialise...