Companies are, however, facing challenges determining the return on their investment in IoT. Nearly six in 10 companies surveyed said it will be very difficult or moderately difficult to make ROI calculation.

The Internet of Things (IoT) has the potential to deliver cost savings and generate new revenues for organizations that can handle IoT’s complexity, build new workforce skills and address heightened security demands, according to a new report released by technology industry trade association CompTIA. 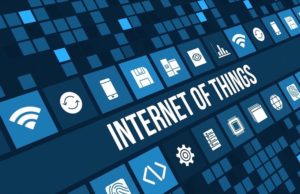 The association found that six in 10 organizations are currently using or experimenting with the Internet of Things (IoT).

According to the report, about 35 percent see IoT as primarily a way to save costs, while 31 percent see it as a revenue-generator. The remaining firms expect to see a mix of cost savings and new revenue.

“This recognition that IoT is not simply a tool for cost savings, but a potential source of new revenue, is mirrored by our finding that for a majority of companies funding for IoT projects often comes from places other than the IT department,” said Seth Robinson, senior director for technology analysis at CompTIA.

“This demonstrates not only the importance of IoT to future strategy, but the company-wide impact IoT tends to have,” he added.

The challenge of determining financial returns

The report also revealed that regardless of where the funding comes from, companies are challenged by determining the return on their investment in IoT.

Nearly six in 10 companies surveyed said it will be very difficult or moderately difficult to make that ROI calculation. 43 per cent say upfront costs are a major hurdle and 34 per cent cited ongoing costs as an issue.

“There is a tremendous opportunity for internal IT teams or external technology partners to lead the discussion on ROI,” Robinson noted.

He suggested that investments should be evaluated more in terms of a growth mindset, looking at the overall return to the business.

Beyond cost considerations, the report identifies complexity of deployments, need for new skills and security considerations as other critical factors that need to be addressed for IoT projects to succeed.

The New Owner Of Sigfox Wants To Connect IoT Networks