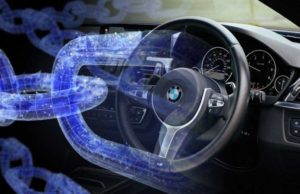 Volvo Cars has announced that it will make cobalt used in its batteries globally traceable using blockchain technology. It has come up with this decision after entering into an agreement with two battery suppliers- China-based CATL and South Korea-based LG Chem. The two companies will cover the battery supply for the next decade for next generation Volvo and Polestar models including the electric model XC40 Recharge.

Cobalt is a high demand mineral as it is vital in making lithium-ion batteries, but it has governance issues. Majority of supply of cobalt comes from the Democratic Republic of Congo. Blockchain technology will improve scrutiny of supply chains and indicate that the sourcing of cobalt does not depend on conflict minerals or child labour.

Volvo mentioned that blockchain specialist Circulor and Oracle have implemented blockchain technology across CATL’s supply chain after a successful pilot in the earlier part of this year. The Responsible Sourcing Blockchain Network (RSBN), together with RCS Global and IBM will be using this technology in LG Chem’s supply chain.

Volvo said that the data the blockchain will cover will include the cobalt’s origin, size and weight and chain of custody and information participating in the supply chain following Organisation for Economic Co-operation and Development (OECD) guidelines.