To put a leash on growing road mishaps, the Uttar Pradesh government is planning to install Artificial Intelligence systems in its 12,500 plus public sector buses to assist the drivers. As an advantage, the AI technology will alert a driver if he is napping, over-speeding or the vehicle comes dangerously close with other vehicle or object. 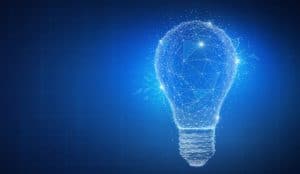 A pilot project for the last six months is being run to assess the efficiency of the system. The technology is used on six buses, four from Lucknow to Delhi route and on two buses from Lucknow to Gorakhpur. There has been no accident involving these six buses fitted with AI technology.

More about the technology

A sensor fitted at the front of the bus continuously monitors object in the range of 180 feet and cautions the bus driver with a beep sound, in case of any danger of collision. Another sensor fitted near the steering wheel cautions bus driver in case of napping, over-speeding. Artificial Intelligence technology automatically starts applying breaks in case the driver ignores the beep alert to avoid a collision.

BW Businessworld reported that before this system gets introduced in all 12,500 buses of UP roadways, an expert team will analyse the effectiveness of the system. Only after that, a call will be taken on whether or not to go for the technology for the entire bus fleet of the state.

The initial quotation was Rs 42000 per unit but the Uttar Pradesh State Roadways Transport Corp (UPSRTC) is looking forward to get a better price as the government will go for a bulk procurement and annual maintenance contract with the company.