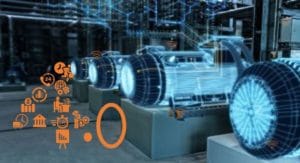 According to a report by The Economic Times, Tata Communications is witnessing an increase for its coveted workplace solutions as more factories resume operations.

As shared by Alok Bardiya, Head, Internet of Things, “The initial interest has been from the manufacturing sector, since work-from-home is not an option for many and the allied companies need to restart operations as soon as possible.”

He also added that the company expects to pick up demand from the service sector soon. It has been seen that there’s an increased interest in their connected worker solutions as the crisis has highlighted the awareness of solution and the need for worker safety.

According to the report, it has also been stated that Bardiya felt the demand for the company IoT business existed even before the Covid-19 outbreak, but the crisis has now accelerated implementation and deployment. “In the past year, we laid the groundwork and have the capabilities to cater to enterprises that were previously looking for 100 to 200 devices, but currently looking beyond thousands of devices to transform their business, he said. “The growth in demand comes as enterprises understand how IoT can impact their overall supply chain.”

Bardiya also added that he expects demand for IoT-based solutions to grow well with 10-15 million people in mid and large size enterprises. He is also expecting to benefit from connected solutions. The company is also seeing the interest for enabling IoT for facility and vehicle tracking to facilitate remote monitoring and control.

IoT-based solutions are considered to offer end-to-end solution from sensor, networks, cloud and analytics, with the main offering being the connected worker solution. The exiting solutions include a safety watch and a safeness card allowing alerts between the employee and the supervisor. For example, if the number of employees in a given space exceeds the permitted limit, it will trigger alerts.

Why IoT for Sustainability is Smart Business?

NetObjex Teams Up With iWire Technologies To Enhance Market Coverage