While one code automatically balances power provided by plants, the other allows the grid to quickly recover after a power failure 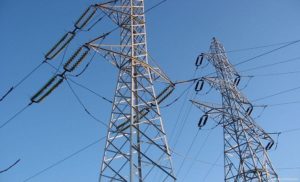 A research team from Princeton University’s Department of Electrical Engineering has developed algorithms that can protect against potential attacks on power grids working on Internet of Things (IoT).

Hackers can exploit internet-connected appliances to wreak havoc on the electrical grid. For example, cyber criminals can spike electricity demand from high-wattage IoT devices such as air conditioners and overload the grid and cause transmission line failures and blackouts.

The new algorithms — named SAFE and IMMUNE — can make the grid more resilient to such attacks.

“One set of algorithms automatically balances power provided by plants in ways that would prevent a line from getting overloaded in the event of an attack. Another, less costly approach would allow the grid to quickly recover after a power failure, thus avoiding larger, more sustained outages,” the researchers explained in a paper published online in the journal IEEE Transactions on Network Science and Engineering.

What is the cost of increasing robustness against IoT attacks?

The researchers said the algorithms do add some cost to grid operations in exchange for increasing the safety margin. For example, they found, using the algorithm IMMUNE (for “Iteratively MiniMize and boUNd Economic dispatch”) could, for a cost increase of about 6 percent, make a power grid robust against an attack that increases demand by 9 percent.

“What kind of safety margin you need is really an operations question, but our approach has been to have a theoretical framework to answer all these questions,” said lead author and postdoctoral research associate Saleh Soltan. For grid operators, “it’s a tradeoff between how much you increase the cost and how much robustness you have against these attacks,” he added.

In the future, the Princeton team hopes to collaborate with utility companies as a testbed for some of these algorithms.

The work has been supported by the Siebel Energy Institute, the National Science Foundation and the Office of Naval Research Young Investigator Program.

Increasing Adoption Of AI Among Real Estate Companies of India &...