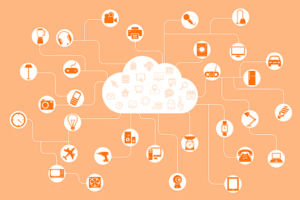 Even tho the engineering business unit hasn’t been classified separately by Infosys, but nearly half its offerings are clubbed under digital revenues. These offerings include 3D printing, robotic, IoT, etc. Initially the company’s digital business had contributed 40.6% to the total revenues. Now it grew around 40.8% in constant currency to $1.3 billion for the quarter ended December.

Nitesh Bansal, senior VP and global head, Engineering Services, Infosys said that “Engineering is actually one of those horizontal service lines where we serve each of our verticals globally…Our newer digital offerings are actually transcending boundaries. Certain businesses like mining operations are exploring to put up their private 5G, especially in the US where they have a CBRS (Citizens Broadband Radio Service) band available for free. Similarly, IoT is relevant for manufacturing, public services, automotive, etc.”

According to a report from a leading daily, Bansal said Infosys is seeing green shoots emerge in the industrial IoT space which the industry has been talking about for the last three years or so. “We can possibly see it expanding in the coming year, where the size of the engagements will become bigger…We are currently working with an aircraft engine manufacturing company where we started with one plant of theirs. But with the initial success, the client now wants to get this done for all its 15 plants in North America,” he said.

Infosys has its engineering services driven through five global labs across the world. With Bengaluru being its key centre, Infosys has four other core engineering units at Mysuru in Karnataka, Baden in Switzerland, Moscow in Russia and Karlovac in Croatia.

“We are a fairly large team size, definitely with over 10,000 people globally but less than 20,000,” Bansal said. “Out of all the employees in the team, 75% of them are based in India and 25% are based outside but at any given point of time, we have about the 30-35% of the people outside India in client sites and our labs.”

According to the report it has also been revealed that North America is the largest market in terms of volume but Europe represents a “decent share” given how “engineering dominated” the continent has been, Bansal said. Apart from these two key locations, Australia, New Zealand, Japan, China, Taiwan, and Hong Kong also have a lot of engineering customers.

Infosys’ engineering services has only a small presence in specific targeted areas in India. As said by Bansal,“5G can certainly be one of those areas because India has the scale and there is no question in my mind that from a technology adoption, India will get there.”

As informed by the company, a company-commissioned research survey covering 850 industry practitioners, 90% of the participants said they were actively investigating business cases using 5G technology while 50% believed that system integrators (like Infosys) will have to play a greater role in their 5G deployment.

Infosys has also set up dedicated 5G ‘Living Labs’ in – Bengaluru, Melbourne in Australia, Richardson in Texas, Indianapolis in Indiana, and Frankfurt in Germany – to develop and deploy 5G solutions and help clients in their digital transformation journeys. 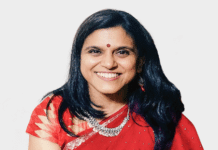 Editor Team - September 25, 2020
Kameshwari Rao's most recent role at the company was group vice president, people success, and after just two years in the position, she was...

Benefits Of IoT To Reduce Unecessary Burdens On The Healthcare Sector