Zyfra CEO Igor Bogachev-Metallurgy, transportation, aerospace and petrochemicals are the sectors in India with the most potential to adopt IoT and AI-based solutions 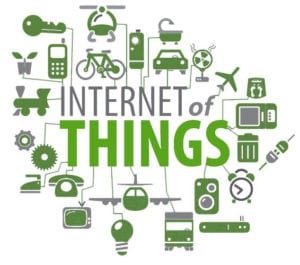 Recently it has been reported that the first Indo-Russia joint projects in the field of artificial intelligence (AI) and the Internet of Things (IoT) are likely to start in 2019.

In an e-mail interview,Igor Bogachev, CEO of Finnish-Russian digital solutions provider Zyfra, has said  that the possibility of starting the projects in this year.

He indicated that cooperation between Russia and India in AI and IOT will be much more than a buyer-seller relationship and will involve sharing best practices, knowledge and innovating jointly.

He also noted that metallurgy, transportation, aerospace and petrochemicals are the sectors in India with the most potential to adopt IoT and AI-based solutions.

Earlier, Zyfra announced that it has managed to reach $3 million in contracts with its Indian counterparts in 2018, and the company plans to reach the target of $50 million in India-related deals by 2021.

It is implementing seven pilot projects in collaboration with its Indian partners and plans to launch five more joint projects including one for production of farm machinery, and manufacturing components for aerospace divisions of both Boeing and Rolls-Royce.

Last year,Zyfra had unveiled its manufacturing data collection (MDC) plus system in India which performs real-time machine monitoring with customizable reports and charts that can be used to track jobs, parts, operations, work centres, scrap costs, downtime and people.

Bahrain And Karnataka Join Hands For Cooperation In AI, Fintech And...