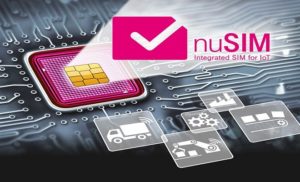 In a world’s first, Huawei, the leading global provider of information and communications technology (ICT) and smart devices has presented a cellular IoT chip that has the ability to connect to a Narrow-Band IoT (NB-IoT) network without requiring a SIM card.

For this, Huawei has used an IoT communication module based on its Hi2115 NB-IoT System on Chip (SoC). By integrating nuSIM (the SIM for NB-IoT), into the chip, there will be no need for an external SIM component. By simply downloading and installing an encrypted an operator profile to the security processor inside the chip, the device can successfully connect to a live NB-IoT network.

Chris Lowe, SIM Technology Lead at Huawei UK R&D, said, “Our Hi2115 NB-IoT chip, designed to minimize system costs for IoT applications, is the market leader. With the integration of nuSIM, we can connect chips to networks without SIM cards, removing another barrier to widespread IoT adoption. We are now moving towards security certification and look forward to continue working with our partners in the nuSIM community.”

nuSIM is an alternative to existing SIM solutions that is optimised especially for NB-IoT networks. The rigorous downsizing of its SIM functionality combined with provisioning IoT process achieves significant advantages in terms of cost and overall efficiency. Since its inception as an open solution at Mobile World Congress, Barcelona earlier this year, a number of industrial partners have adopted it to create a feasible IoT ecosystem around nuSIM, that includes chipsets, modules, devices, certification and provisioning infrastructure.