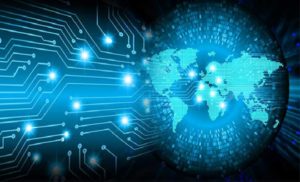 Hiber, a Dutch startup that focusses on space exploration, has announced the release of its low cost and low power IoT (Internet of Things) – based satellite connectivity service known as Hiberband.

Current terrestrial communication networks like LoRa, NB-IoT or GSM operate best only for traditional satellites that cover wider urban areas. Whereas, Hiberband’s state of the art global connectivity can reliably transmit data from remote areas at a much less cost.

Some of the use cases are as follows:

Solutions for growth of the business

With over seventy customers and several projects on every continent, Hiberband’s remote connectivity solution promises to benefit industries operating from hard to reach areas, with early adopters being from government, environment, transport & logistics, agriculture and mining.

Laurens Groenendijk, Managing Director Commercial and co-founder at Hiber and co-founder of JustEat and Treatwell, said, “We are extremely proud to announce that after only 3 years of hard work, Hiberband is the first network of its kind to become operational on a global scale. We have the team, partners, technology and regulatory building blocks in place to shortly be the industry leader. With full freedom to operate everywhere in the world, we are looking forward to supporting our customers wherever they need to be.”

Sotiris Bantas, CEO, Centaur Analytics (a provider of Internet of Crops platform), said, “Earth’s growing population combined with climate change is placing enormous stress on the world’s food supply chain. The lack of transparency in the chain is causing about one-third of the crops in the world to be wasted before consumption. Together with Hiber, we are now able to effectively monitor crops after harvest globally – no matter the location. This means that Centaur and Hiber together combat food waste and promote sustainability, while at the same time providing new business opportunities for producers, traders, and CPG companies.”

Hiber is targeting US$ 100bn for the growth of the IoT market in those parts of the world that do not have robust network connections.