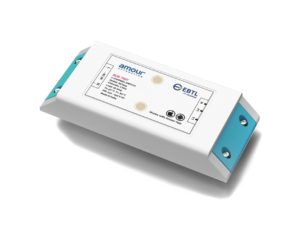 With this vision, the company has launched Amour SUB Series, an affordable version of Amour Series – ‘Make in India’ Home Automation Systems.

Amour is a mobile assisted smart switching solution for homes, designed, developed and manufactured within India by EBTL.

“To leverage most advanced technology to make lives easier, Amour SUB is the latest and most affordable series in our exclusive products portfolio. With Amour SUB, we anticipate to increase our clientele base and position ourselves at a global level,” said Monish Salhotra, Co-Founder – EBTL.

According to him, India has evolved from high-tech curiosities to affordable and accessible modern home conveniences.

“The automation segment in India needs to continuously grow by pushing beyond the boundaries and meeting the rapidly evolving customer needs and gain a competitive advantage,” he noted.

It is a Wi-Fi controlled digital LED dimmer, which gives a continuous dimming solution. It’s a universal dimmer and can work with any LED light and Strip Lights. It replaces the LED driver and makes any light smarter. It works with and without Internet.

Uniqueness of Sub-Dim lies in its ability to be controlled in groups. The users can create their own groups of dimmers and control multiple lights together. Sub-Dim can be used to schedule the dimming of the lights at a particular set time. It is available at INR 1500.

Priced at INR – 2500, this product will allow users to open or close curtains using their smart phone. It is compatible with Amour App and works as an independent device. Moreover, it can control curtains with and without Internet.

Amour Tiny is a two-channel automation module, which can be controlled with and without Internet. It has automation features like voice commands, scheduling, and locking and energy management. While on Internet, user can control Sub-Tiny with voice commands too as well. It is priced at INR – 2000.

Founded in 2013 by IIT Kharagpur alumnus Monish Salhotra, EBTL is one of the leading companies in home, corporate and hospitality automation segment in the global market.

EBTL owns the patent of Amour technology and has protected the designs of Amour 3.0 and Amour 4.0.

Editor Team - April 22, 2021
Through this standard, the FIDO Alliance addresses challenges of security, cost and complexity tied to IoT device deployment at scale IDC expects the...

5G is What AI-Driven IoT Has Been Waiting For: Report