Volcanologists can now take advantage of this AI-based platform that can provide them with useful data for making effective prediction and thus save thousands of lives. 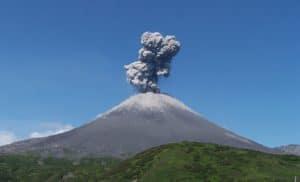 More than half of the world’s active volcanoes are not monitored instrumentally. Hence, even eruptions that could potentially create an early warning, can occur without people having a clue of the upcoming disaster.

Of the 1500 active volcanoes worldwide, up to 85 erupt each year. Due to the cost and difficulty to maintain instrumentation in volcanic environments, less than half of the active volcanoes are monitored with ground-based sensors, and even less are considered well-monitored. Volcanoes considered dormant or extinct are commonly not instrumentally monitored at all, but may experience large and unexpected eruptions, as was the case for the Chaitén volcano in Chile in 2008 which erupted after 8000 years of inactivity.

Since continuous long-term observations from space are key to better recognising signs of volcanic unrest, satellites can be used to provide crucial data when ground-based monitoring is limited or lacking completely. The incoming signals from them can tell the changes in the seismic behaviour, ground deformation, gas emissions and temperature increase.

Armed with this knowledge, a research project headed by Sébastien Valade from the Technical University of Berlin (TU Berlin) and the GFZ German Research Centre for Geosciences in Potsdam, led to the development of a new volcano monitoring platform which analyses satellite images using AI.

The platform called MOUNTS (Monitoring Unrest from Space) can integrate multiple sets of diverse types of data for a comprehensive monitoring of volcanoes.

According to Valade, seismicity can be monitored from space by exploiting various wavelengths across the electromagnetic spectrum.

He adds that with the MOUNTS monitoring system, multiple satellite sensors can be exploited in order to detect and quantify changes around volcanoes, while also integrating seismic data from GFZ’s worldwide GEOFON network and from the United States Geological Survey USGS.

Researchers have trained the artificial neural network based MOUNTS software with computer-generated images that closely resembled real satellite images. From a vast number of synthetic examples, the software has learned to detect large deformation events in real satellite data formerly not known to it.

Owing to the nature of the project, main challenges were with the handling of large amounts of data, and various software engineering issues.

Already today, the analysis provided by the MOUNTS monitoring platform allows for a comprehensive understanding of various processes in different climatic and volcanic settings across the globe: from the propagation of magma beneath the surface to the position of volcanic material during the eruption, as well as the morphological changes of affected areas, and the emission of gases into the atmosphere. The researchers successfully tested MOUNTS on a number of recent events like the Krakatau eruption in Indonesia in 2018.

The system currently monitors 17 volcanoes worldwide including the Popocatépetl in Mexico and Etna in Italy.