Gartner forecasts that the enterprise and automotive Internet of Things (IoT) market will grow to 5.8 billion endpoints in 2020. This indicates a 21 per cent increase from 2019. By the end of 2019, 4.8 billion endpoints are expected to be in use, which is again a clear upward growth of 21.5 per cent from 2018. 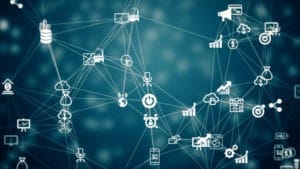 The research firm further predicted that utilities will be the highest user of IoT endpoints, totaling 1.17 billion endpoints in 2019, and increasing 17 per cent in 2020 to reach 1.37 billion endpoints. Peter Middleton, senior research director at Gartner informed that electricity smart metering, both residential and commercial will boost the adoption of IoT among utilities. Physical security, where building intruder detection and indoor surveillance use cases will drive volume, will be the second-largest user of IoT endpoints in 2020, added Middleton.

Sectors to witness the highest demand

The research further unveils that building automation, driven by connected lighting devices, will be the segment with the largest growth rate in 2020 (42 per cent), followed by automotive and healthcare, which are forecast to grow 31 per cent and 29 per cent in 2020, respectively. In healthcare, chronic condition monitoring will drive the most IoT endpoints, while in automotive, cars with embedded IoT connectivity will be supplemented by a range of add-on devices to accomplish specific tasks, such as fleet management.

North America and Greater China to have the biggest market

In 2020, revenue from endpoint electronics will total $389 billion globally and will be concentrated over three regions: North America, Greater China and Western Europe. These three regions will represent 75% of the overall endpoint electronics revenue. North America will record $120 billion, Great China will achieve $91 billion and Western Europe will come in third totaling $82 billion in 2020.

Gartner analysts are of the opinion that in 2020, the two use cases that will produce the most endpoint electronics revenue will be consumer connected cars and networkable printing and photocopying, totaling $72 billion and $38 billion, respectively. Analysts believe that connected cars will retain a significant portion of the total endpoint electronics spending resulting from increasing electronics complexity and manufacturers implementing connectivity in a greater percentage of their vehicle production moving forward.

Alfonso Velosa, research vice president at Gartner, advices end-users to prepare to address an environment where the business units will increasingly buy IoT-enabled assets without policies for support, data ownership or integration into existing business applications.

Global Satellite IoT Subscriber Base to Reach 15.7 Mn by 2025