Recently, Department of Telecom, has released a draft of the National Digital Communications Policy 2018. The draft emphasises on the significant role telecom industry is going to play in all the spheres be it smart Living, Industrial 4.0/ Internet of Things (IoT), digital economy, connected World, eBusinesses, eGovernance and several such technology-led concepts. In such a scenario where market is ready to consume coupled with favourable government policies, Vodafone is simplifying IoT for customers. Ms. Farhana Haque, vice president & business head- IoT India, Vodafone elaborated on the exclusive launch of SuperIoT for the Indian market.

While tracing the journey of Vodafone in India, she told, Syeda Beenish, consulting editor of EFY, that IoT is still considered complex, with different suppliers bringing in their expertise. Vodafone’s SuperIoT will ease the IoT adoption process and will allow customers to focus on their business outcomes. Below are the excerpts… 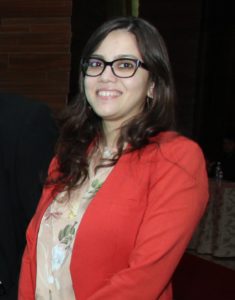 A. We i.e. Vodafone have been doing IoT for more than 40 years now, considering the acquisition of Cobra. But yes, back then, it was called Machine to Machine and not Internet of Things (IoT). So it has been an essential part of our business globally. IoT is the fastest growing segment within the Vodafone business and that includes enterprise and consumer. If you search for IoT, or Vodafone and Vittorio, the results will be all around IoT because we realized it is the core of what the world is going to be tomorrow; it is the heart of digital transformation. No one knows how to operate the environment of connected devices better than a telecom player as mature and large as us. It is naturally collaborative to our traditional line of business and it has been a focus for us for a very long time now. It is not something we came up with seeing the trends recently.

Q. From a Vodafone perspective, how do you see IoT?

A. IoT is basically putting sensors in devices which will help you capture data and communicate it through some form of communication to a central server where analytics can be done. So if you break it down, there are three critical elements/ players of this entire ecosystem. If these three players are not scalable or significantly involved with each other, then the whole thing fails. If I don’t have sensors that communicate intelligently in the right time, then it fails. If I communicate but I don’t have the right data to capture, the analytics will fail. So each player plays an important role in the IoT ecosystem of growth.

Q. Is Vodafone restricting itself to the communication space in IoT ecosystem, or expanding horizons to the cloud, analytics etc.?

A. There are two parts of this answer. Firstly, there was a time, when telecommunications was a rich industry, with the focus on the communications. But with the passage of time, we have realized that both the industry and the players are changing. Today we see, Google wanting to connect cars, and Ford announcing its IoT enabled car in the Mobile World Congress rather than traditional Auto Expo’s. Considering the enormous potential, boundaries have diffused. You can’t be a part of it alone. You need to have an ecosystem of partners; even competing companies coming together to meet a larger cause.

Now coming to the second part of the answer, just by providing communication doesn’t mean end of the game. In IoT outcome which is based on the analysis is the major concern. We acquired a company called Cobra in 2014 which is now Vodafone Automotive. In the last one year, we powered some 966 Porsches, we gave the SIM, we gave the device, we gave the application, we gave the connectivity, stolen car alert facility and the recovery service.

Towards the same, we have introduced SuperIoT exclusively for the Indian market. SuperIoT provides end-to-end services from device management to our proprietary GDSP i.e. our SIM management. The SIM management platform is a single management platform providing analytics, scale up, scale down, which is the soul of what we want to do. So yes, we will always have connectivity-only solutions. But for certain key industries, we have already moved up the value chain.

Q. How has been the response of SuperIoT so far? How are you addressing the challenges?

A. SuperIoT is a product and platform developed specifically for the Indian market. It is too early to comment but yes it has a good scope as it is designed by keeping in mind the varied needs of the Indian IoT customers.

It is indeed a key differentiator but being newly launched, it’s yet to become a buzzword. We are seeing tremendous interest in the market for SuperIoT, as it greatly accelerates the time to market for an organisation looking for an IoT deployment – critically, it allows them to focus on business outcomes.

Q. What are your expectations from SuperIoT in 2018?

A. We see SuperIoT becoming a key part of our IoT service portfolio as we add more and more use cases. Currently we deliver Fixed Asset tracking, Movable asset tracking and People Safety, which comprises Employee Tracking and Student in-transit tracking. As you can see, these address some of the most common IoT use cases and will enable any enterprise to deploy and go-live faster than they can currently project. Importantly, Vodafone will be supporting the entire solution, which means it also becomes easy for them to manage, rather have to reach out to an endless set of partners for every single link in their IoT chain.

Q. Is there any partner training in plans considering your SuperIoT launch for India?

A. Vodafone is a partner friendly company, thus we have regular partner training programme.

Q. Does IoT belong to enterprise business unit only or you have IoT for consumer space also?

A. IoT traditionally meant a solution for enterprise and industrial segment. Thus, it has always been an enterprise only for Vodafone too. As the world is becoming more digital and mobile, there is an increasing need of consumer use cases also. Late last year, Vodafone has entered in the consumer IoT space with the launch of V-app and the V brand for consumer IoT. We are in talks to introduce our consumer IoT range in India.

Q. Overall, how satisfied are you with the projections and real picture with respect to IoT adoption in India?

A. India is the fastest and largest growing market worldwide. It has got so much potential, and a lot of it is about a tandem of public private partnership that we are coming across now. So we work with the Govt bodies, as they reach out to us. It is unfair to put a feeling to it – satisfied or not satisfied. We have our own evolution, but we also have our own challenges as a country. Having said that, the noise is all in the right direction. The public-private partnership based industries are also coming together. Pace is incidental with right intentions.