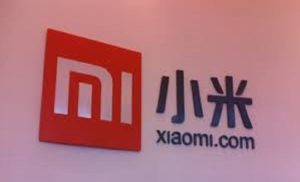 Xiaomi is splitting off a part of its China-based Pinecone chipset division to form a new company called Dayu, which will focus on research and development of AI-based IoT (AIoT) chips for connected gadgets.

The remaining part of the Pinecone team will still work on mobile processors within Xiaomi.

Dayu, which means ‘big fish’ in Mandarin, is part of the Chinese tech giant’s $1.5 billion AIoT initiative, which was announced back in January.

Xiaomi will own 25 per cent of the new company while the rest of the shares will be distributed to employees.

The Chinese tech giant started its chipset division back in 2014 as a wholly owned subsidiary named Pinecone. In 2017, the company introduced its first indigenous chipset for smartphones called Surge S1, which was later used in the midrange Mi 5C.

Xiaomi is planning to invest $1.5 billion over the next five years to grow its AI-powered smart home ecosystem, which includes working on in-house products as well as funding related startups.

Previous year, Xiaomi’s saw the revenue of its IoT division nearly doubled, but the smartphone market slumped a few per cent.

As of December 31, 2018, the number of connected IoT devices (excluding smartphones and laptops) on Xiaomi’s IoT platform reached approximately 150.9 million units, a quarter-over-quarter increase of 14.7 per cent and a year-on-year increase of 193.2 per cent, according to the annual report.

(With inputs from The Next Web, KrAsia)

IoT Cellular Device Shipment to Reach 350 Million Per Year by...

Josh.ai Raises $11 Million In A Series A Funding Round