The fourth edition of the IoT India Congress concluded in Bangalore with a footfall of more than 1600 participants and 70 plus speakers. 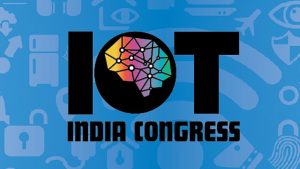 “IoT is something that has enormous potential for India and the world. A combination of technology can help us solve problems that we never imagined we could solve. We must understand the combination of emerging technologies like IoT, blockchain, 3D printing etc, pluck them out of their spaces and deploy them to solve problems. IoT will be the champion in adding to the proliferation of data,” said Sawhney.

This year, the event focussed on 10 tracks, namely: energy, healthcare, defence, standards and regulatory, retail, digital communication, skills and development, agriculture, manufacturing and smart cities. Each of the tracks included panel discussion, use cases and a future tech spotlight segment, where discussions on the past, present and future of IoT applications were conducted.

This year, the PoP 91 Innovation Challenge awards were instituted to acknowledge teams that created the best working IoT solution to address existing industry challenges across seven tracks. Kill A Watt from Smart City track, Ayati from Healthcare track, Megalodata from Manufacturing track and BackPropG from Agriculture track were announced the winners.

The Congress also witnessed the launch of eight whitepapers in the smart cities, healthcare, digital communications, manufacturing and skills and development tracks over the two days of the event.

While the first edition was devoted to unifying the fragmented IoT ecosystem and building the Platform of Platforms for the Internet of Things, the second edition focused on exploiting this platform for unravelling business outcomes and demonstrating business opportunities.

Palma Ceia SemiDesign Ties Up With BLRLABS For Expansion Of NB-IoT...