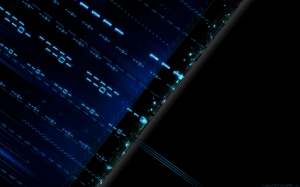 Tech major Cisco has introduced a new advanced chip and router called Silicon One. The company said that these will revolutionise the ‘Internet of the future’. As per Cisco, the new-age internet will be faster in speed. It will also be cheaper and will be able to shape the future of the world.

As per reports, Chuck Robbins, chairman and CEO of Cisco said that his team was in San Francisco. The team will build a new Internet for the fifth generation of advanced wireless technology. He further added that there will be huge number of internet users in the next three years as 49 billion devices will connect to the Internet. The number of internet users will reach 4.8 billion globally.

Cisco’s global technology leader David Goeckeler said that the new-age internet will be important for large networks of 5G, artificial intelligence (AI) and Internet of Things (IoT). He added that chronologically, 16K video streaming, AI, quantum computing, predictive cyber security and technologies that have not been invented yet, will provide digital experience with advanced technology.

Goeckeler further added that that company has a great team in India. It is the largest team outside of California. He said that hundreds of engineers of India contribute to these innovations.