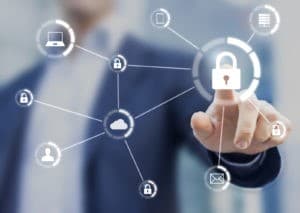 According to the Kaspersky report titled ‘IoT: a malware story’, cybersecurity researchers have detected 105 million attacks on IoT devices coming from 276,000 unique Internet Protocol (IP) addresses in the first half of 2019. This is about nine times higher than the corresponding time frame previous year which had 12 million attacks from 69,000 IP addresses.

The report says 30 per cent of all attacks took place in China, followed by Brazil (19 per cent) and Egypt (12 per cent). 39 per cent of attacks were caused by Mirai malware family, which can use exploits by slipping through old vulnerabilities to the device and control it per the report. The second most common way of attack (38.7 per cent) was through password brute-forcing by malware called Nyadrop. The third most common way through attack was also by brute-forcing through botnet called Gafgyt.

Attacks on IoT devices are usually hidden, as users might not even notice their devices are being exploited says the report. Despite organisations and individuals opting for IoT-enabled devices like routers and DVR security cameras, cyber security analysts have stated that consumers do not have intentions to protect them. It leads to hackers and cyber criminals going for more financial opportunities in exploiting these gadgets.