Cybersecurity aims to avoid misuse and maintain confidentiality as well as the authenticity of electronic data by preventing unauthorised access via the exploitation of any loophole in cyber infrastructure.

We often come across various sign-up pages that tell us to set passwords while following certain basic rules, or verify that we are not a bot. Security is an essential element in the process of testing and validation of all hardware and software. For example, while having conversation with others on a call, nobody wants a third party to listen to them. Yet, the list of most used passwords for encryption every year tells us that end-users often take the security of their accounts lightly until these are compromised.

With the growth of emerging technologies like the Internet of Things (IoT) and artificial intelligence (AI), and knowing the risk of cyber threats with traditional IT security tools, the importance of smart cybersecurity cannot be brushed under the rug.

Due to automation, modern systems are subject to robotic hackers too. An entity with malicious intent could control a robot or other device that works on commands through a man-in-the-middle attack. Cybersecurity aims to avoid misuse and maintain confidentiality as well as the authenticity of electronic data by preventing unauthorised access via the exploitation of any loophole in cyber infrastructure. But without an upgrade, hackers could easily override common safeguards. 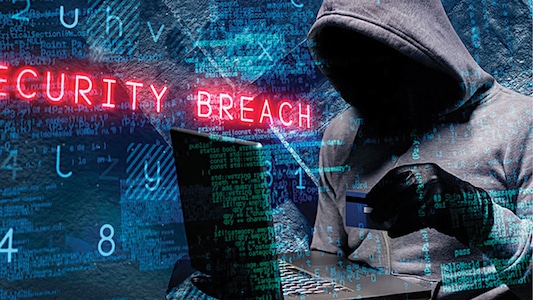 The answer to mitigating these challenges lies in leveraging these new technologies themselves. Data being at the epicentre of it all, it is necessary to categorise it. Often data is stored in a remote cloud environment. Having a robust and secure cloud infrastructure via proper authentication methods, accessing control, and using quantum cryptography can do wonders.

By being able to diagnose deviations and anomalies in a network in real time and employing supercomputing, any fixes can be quickly done. When put to monitor and detect anomalies in the network, AI and machine learning (ML) can help in predicting and identifying vulnerabilities and risks by correlating centrally available data to draw statistical inferences from this data.

The same AI that could lead to a ransomware attack through personalisation of data to fool a person, system, or even develop a malware that adapts to new vulnerabilities would instead make it possible to protect against ransomware, network intrusions, distributed denial-of-service attacks, and increasingly sophisticated malware, among other cyber-attacks. Code patterns used in previous attacks provide valuable insights for the detection of new threats.

Authentication methods like fingerprint readers or facial recognition systems are all an attempt to provide better protection than just using passwords. Using digital signatures and specialised hardware to store and safeguard passwords are some other ways of ensuring the same. Even hardware like USB fobs can act as a digital key for accessing assets. Emerging technologies will be capable of doing the advanced implementation of what humans have done but at better speed, scale, and scope.

Investments for research & development in cybersecurity are needed in both the public and private sectors. Organisations need to keep up with the pace of emerging threats. There is a global shortage of people in cyber skills. Cybersecurity company Endgame created an open-source dataset to assist researchers and practitioners in training and testing of new algorithms a few years ago.

It is necessary to make employees aware of the risks too so that they do not aid cyberattacks. This is quite evident from the recent hacking of prominent Twitter accounts. As per the reports, the accused had convinced the social networking company’s employees that he worked at their IT department and was a co-worker. According to a 2018 Gartner survey, nearly 88 per cent of 3,000 chief information officers (CIOs) said that cybersecurity was a top focus.

Several cybersecurity firms such as Veridu, Avaleris, WISeKey, Signifyd, Socure, and ThreatMetrix have been working on designing complete end-to-end protection solutions using the latest technologies like AI. Governments worldwide need to develop strict regulations to ensure that companies follow proper measures and laws that penalise perpetrators for their involvement in cyberattacks.

According to a report by Grand View Research Inc., the global AI market is estimated to reach 733.7 billion dollars in 2027.