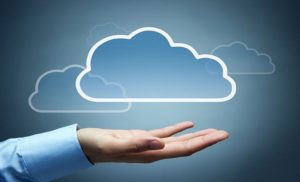 The emerging applications and business models coupled with the falling device costs have been instrumental in driving the adoption of IoT and consequently the number of connected devices – connected cars, machines, meters, wearable and consumer electronics, the report noted.

In order to tackle some of the issues related to data storage and management, cloud computing emerged to IoT as Cloud of Things (CoT), which provides virtually unlimited cloud services to enhance the large-scale IoT platforms.

However, the heterogeneity of different objects remains one of the problems in the implementation of CoT platforms. This problem can be addressed by the deployment of appropriate middleware, which acts as a communication platform among components with different interfaces.

Thus, the report predicted that a rise in cloud computing will drive the IoT middleware market.

The manufacturing industry is anticipated to have high growth potential. “The growing acceptance of industrial 4.0 have buoyed IoT in manufacturing, growing number of machine-to-machine connections and the increasing need for factory efficiency on the floor as well as on the field,” the report says.

The adoption of concepts, such as Industry 4.0, in the production and manufacturing industry is expected to promote the growth of the IoT middleware market in this region.

Lack knowledge of IoT benefits is hampering the adoption of this technology, the report revealed.

According to Vodafone’s IoT trends report for the Netherlands, almost 90 percent of businesses in the Netherlands are barely aware of the competitive advantages the internet of things (IoT) can offer them.

Security and privacy concerns were mentioned as the biggest obstacles in the adoption of IoT.