Internet of Thing (IoT) is not just about connecting to things to the internet but making intelligence out of the data at the edge or near to its source. 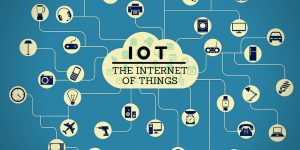 Today, more and more powerful IoT devices are coming to the edge. If you have storage, compute and network speed, all available at the edge close to the sensors, will you still send the data to the cloud? The answer is obvious ‘NO’. We will do processing at the edge because it is faster. That’s what is happening today.

Due to faster processing speeds, we are gradually moving to edge, i.e.  shifting from centralised to de-centralised/distributed networks. It is a time of Blockchain and soon it is going to be P2P.

Edge computing is a method of optimising cloud computing systems by performing data processing at the edge of the network, near the source of the data. The source of data may be the sensors, actuators and devices close to you. All these generate a huge amount of data.

Today we have Edge, Fog and Roof Computing – all these talk about the same thing: processing and computing closer to the device, but in different ways based on the use case.

To understand the beauty of edge computing, let’s consider a room which we want to make smart. Suppose you have a temperature sensor on your body and there are temperature sensors in the room along with ACs. As soon as you enter the room, the sensors compare your body temperature with the room temperature and accordingly adjust the temperature of the ACs. This can be done by connecting the sensors to Raspberry Pi. But in case of more than one type of sensor (pressure, humidity, etc), you can connect the processing device (such as Raspberry Pi) to a laptop or computer. In IoT terms, that processing device is called as a gateway.

In this particular use case, it is absolutely not required to send the data to the cloud. Instead, it can go to that laptop or computer which is enough to process it. The whole thing can happen in the room itself, without third party system integrators or cloud vendors like AWS, Google and Huawei.

Advantages of moving to edge computing

To meet the above requirements, you need a powerful software platform besides a bunch of Raspberry Pis/IoT devices.

There is no competition between IoT and edge computing. IoT is the internet of things where devices are connected to the internet so that they can communicate with each other. However, it is not just about connecting to the internet but making intelligence out of the data at the edge or near to its source. To provide intelligence to the things you need  to do some compute. Here edge computing comes into the picture. Through this way, edge can enrich the IoT in numerous possible ways.

There are many open source edge computing platforms today such as EdgeX Foundry, Akraino Edge Stack, StarlingX, Home Edge, Opnfv, Onap, Kura and more. In addition, many more players are coming up with edge computing platforms. This is creating a lot of fragmentation with many such players coming together and doing something of their own.

A unified open source framework for the edge

Earlier this year in January, the Linux Foundation announced the launch of LF Edge, an umbrella organization to establish an open, interoperable framework for edge computing independent of hardware, silicon, cloud, or operating system. Initially it included five projects to support emerging edge applications in the area of non-traditional video and connected things that require lower latency, faster processing and mobility.

EdgeX Foundry: The architecture of this platform is very  systematic and modular. It will run in Raspberry Pi or in any gateway kind of device which has got more compute, like your laptop.

KubeEdge is simply an extension of the Cloud. It is just a matter of pushing the Cloud into the Edge without complicating things. Even though based on Kubernetes, KubeEdge can work independently. It can work in the node without connecting to the Cloud.

Roof Computing is a standard from IEEE to drive the edge computing standardisation. It is one of the first specifications that is driven from India.

Amongst the top 10 strategic technology trends in 2019, as per Gartner and Forrester, n- powered edge was ranked at the fifth position.

With cloud coming to edge, you will have a lot of use cases and abilities.

Edge computing is not a notion anymore. It is a reality now. We can now see a lot devices coming up with computing power. The best example is your smartphones.

The above article is an extract from a speech presented by Sanil Kumar D and Krishna Kumar, Chief Architects of Huawei, at the IEW/IOTSHOW.IN 2019.

Cisco Introduces Chip And Router For Internet Of The Future