The IoT is a network of devices connected to ISPs or WAN/MAN through an M2M gateway.

The Internet of Things (IoT) emerged from the earlier work on machine-to-machine (M2M) communication. M2M was the beginning of taking data from devices/sensors and feeding it to the Internet through M2M gateways, for data processing servers and more. It is called M2M because there is no human intervention required, right from data generation to data processing.

According to Hyunmi Yang, GSMA chief strategy officer, mobile networks are the platform upon which the M2M industry is being built. Mobile operators are at the forefront in shaping new business models that are driving this exciting market forwards.

Essentially, the IoT is a network of devices—called capillary network—connected to ISPs or WAN/MAN through an M2M gateway. The whole enablement of IT is managed through remote connectivity.

Researchers took the concept of things that can create or generate data, and transformed it as the IoT. Some also referred to it as the Internet of Everything (IoE).

In literary terms, the IoT is the expansion of connectivity to things that go beyond human assistance. It is about connectivity of devices, with zero human interaction, to far-reaching data centres. It requires radios, devices and sensors for low-range and low-power connectivity. Then, there are technologies like BLE, LoRa, Zigbee, Sigfox and LPWAN that support the IoT.

The IoT is linked to Big Data and analytics. It can help and be attached to artificial intelligence (AI) and machine learning, too.

The 3rd Generation Partnership Project (3GPP) has standards such as LTE-M, NB-IoT and GSM-specific technological tweaks to cater to certain issues. But there are no specific standards for the IoT as a holistic system.

However, GSMA has stated that NB-IoT and LTE-M will both be essential components of 5G in connecting the IoT. It has urged mobile operators to offer services and products—not just connectivity—if they want to capture the US$ 1.1 trillion market opportunity by 2025.

3GPP standards for the IoT are also known as Cellular-IoT (C-IoT). Given below are the 3GPP technologies available for the IoT. 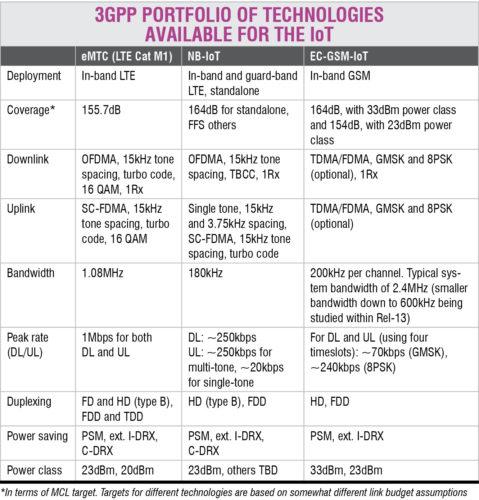 This is an enhanced machine-type communication with new power-saving mode (PSM) for Cat 0 devices. 3GPP started working on this release 12 onwards, with a focus on providing low-data and low-power devices/sensors for long life sustainability and zero manual touch. It goes with LTE services and can cater to high data rates. It is flexible and focused enough for narrow-band uses like 1.08MHz.

This is about specific changes in LTE standards, such as finding a tweak around LTE radio frame structure to support IoT data traffic, massive devices/sensors connectivity, widespread coverage and low-cost focus. It supports narrow-band usage up to 180kHz.

NB-IoT has three modes of operation, as follows:

This is about using GSM/GPRS technology for IoT devices/sensors connectivity. It also provides PSM enhancements and GSM security.

Is Lack Of Standards Delaying Adoption Of IoT Standards And Hampering...