India has a high percentage of AI experts who return to the domestic companies after studying overseas. 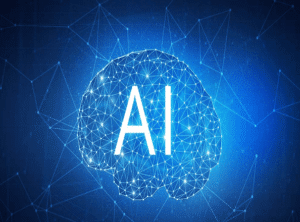 India stands at rank 9 in terms of the number of specialists working in the Artificial Intelligence (AI) field, Canadian startup Element AI revealed in its annual report.

According to the report, there are around 22,400 people worldwide who are regarded as AI top talents. Out of the total AI talents, 50 percent belong to the US with 10,295 headcounts. China stands at second position with 2,525 AI experts, followed by UK, Germany, and Canada with 1,475, 935 and 815 AI specialists respectively. India stands at number 9, with the number of AI specialists recorded at 555.

India also has a high percentage of AI experts who came back to the domestic companies after studying overseas.  While India has 25 percent of AI talents returning to the country, Singapore is ahead in this race with 40 percent followed by China and South Korea both at 30 percent.

The above stats were derived from surveying the number of authors who published papers at international conferences in 2018, analyzing their careers and breaking down the distribution by location.

The US had already rolled out a framework a decade ago to revitalize science, technology, engineering and math education.  Many top educational institutions in the US, including Stanford University and Massachusetts Institute of Technology, are also offering AI programmes, which attract prominent researchers and students from around the world.

Following the suit, China released a plan two years back to develop and establish AI departments in schools across the country.

Though started off very late, India is slowly trying to encourage the adoption of AI in educational institutions.

Initiatives taken by the country in AI field

Oppo Will License Patents To IoT Industry Through Avanci