This article will give you a good idea about LTE IOT, how it is useful and how 5G can power the Industrial IOT in near future. 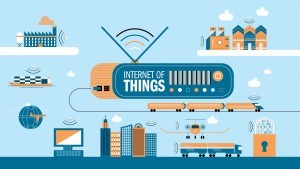 If we talk about IOT use cases, there are a lot of connected devices in smart cities, mobile health, utilities, industrial IOT, digital retail, etc. And it’s predicted that in a couple of years, there will be six billion connected IOT devices, as per research reports.

Tens of billions of these devices connecting ubiquitously would mean that the network has to handle those connections more efficiently as well as conserve battery life. A wide variety of applications and devices would also require different types of connectivity technologies. That means there is no one size fits all. Not everything will connect over cellular network, not everything can connect over Wi-Fi. So, basically, it’s a mix of Bluetooth Low Energy (BLE), Low-power WAN (LPWAN) and Wi-Fi.

Some of these applications are also asymmetric, which means a smart camera that requires streaming data to the cloud has a different connectivity profile then a smart energy meter.

Despite this, the existing operator-based cellular technologies are the backbone for enabling a lot of these connected IOT products. It’s a mature ecosystem backed by global standards and it provides a seamless interoperability for all these devices all over the world now.

The Rise of LTE for IoT

LTE today provides quite a good and stable base for a lot of connected devices. For high performance IOT, we have LTE CAT-1 and LTE CAT-4 for higher throughput data (for example connected cars and connected cameras). In addition, there are a couple of complimentary LTE IOT technologies, namely EMTC CAT-M1 and NB-IOT CAT-NB1, which provide different kinds of connectivity profiles and throughputs for different use cases.

CAT-M1 is ideally suited for wearables, health monitors and security systems because of the increased amount of the data they consume. On the other hand, CAT-NB1 requires very less amount of data, may be 10 kbps or so, to connect things such as parking meters or smart meters. Most devices with these features are extremely simple, have low complexity, have single receive antennas and operate in half duplex mode. They also support long battery life as they have far more efficient power save modes.

LTE IOT also provides deeper coverage with extra link budget of up to 20dB. In addition, simplified signaling schemes allow a lot more devices to connect in any single cell to an LTE-IOT network.

I feel LTE IOT is the first step to a truly connected Industrial IOT base. There are over 50 commercial Cat M1 and/or Cat NB1 networks in over 30 countries. These are in various stages of deployment (either deployed or in the process of testing).

In India, a lot of testing is going on NB1, whereas countries like U.S.A and China have a mix of both. This shows that there is global scale for LTE IOT infrastructure and ecosystem. These are not localized but countrywide deployments instead and it is coming in India soon.

We need both cloud and edge to achieve an efficient distribution of intelligence that’s required for massive 5G.

Despite all this, we are still primarily thinking about the cloud. That means that billions of IOT devices are still feeding data to the cloud and they are letting the cloud make intelligent choices. The cloud decides which sensor to turn off, which machine to turn on and which meter to pole for data, etc.

So, AI is still in the cloud connected to a lot of devices and AI in the cloud takes these decisions. To scale into billions and trillion of devices, the AI that used to be in the cloud before needs to go to the edge. There needs to be a shift in the centre of gravity, devices need to be more intelligent on the edge rather than relying on the cloud all the time. This is because as devices become more intelligent, the model of sending data from each one of them to the cloud just does not scale, the capacity is not there. That’s why there is a concept that’s being introduced in 5G, called the wireless edge.

Use Cases of Wireless Edge

Industrial use cases encompass construction, ports and shipping, mines, refineries, manufacturing and warehousing. All of these require a higher degree of reliability, connectivity and faster decision making. In about 10- 15 years, the size of this market put together will be over five trillion dollars. There is immense scale if there is a way that LTE IOT technology can evolve to fit into this massive ecosystem of industrial IOT. These sectors will drive major chunk of the demand for the Wireless Edge.

The various stages of Industry X.O were mechanization, electrification, digitization and connectivity. The fourth industrial revolution i.e. 4.O is all driven by big data and machine learning, which are all enabled by connectivity. If 5G is added on to the industry 4.O, then it will reach the next level.

In an industrial floor – you will see robots, workers, analytics on the edge, different kinds of sensors, security cameras and some forms of recording machines. How will you bring these devices together and automate them? You cannot put Ethernet on all of these, you cannot wire them, because all of them have to be reconfigurable and moving all the time.

Besides, each of them has their own set of requirements. For example, sensors need very-low latency monitoring, security cameras not only need data throughput but also extremely high level of AI and machine learning to know what’s going on on the floor. The head augmented display needs to provide a worker with 360-degree view of what he is working on. All this is possible in real time with 5G.

Essentially the 5G paradigm for the Industrial IOT is a combination of Security, Connectivity and Compute.

Today, there is NB-1 that connects low data devices, and a step higher than this, there is Cat M-1 – all these fit into the 5G and 5G New Radio (NR). Starting Release 16, 3GPP introduced the concept of 5G NR, which dovetails into the migration plan of taking LTE IOT into 5G.

On-edge devices, which use low latency or very minute packets of data, can reside on the edge. Whereas edge cloud can cover products such as XR which need more data.

The various stages of industry X.O were mechanization, electrification, digitisation and connectivity. The fourth industrial revolution i.e. 4.O is all driven by big data and machine learning, which are all enabled by connectivity. If 5G is added on to the industry 4.O, then it will reach the next level. You will not only reconfigure the factories, you will also have automated-guided vehicles enabling mobile robots. All this can be controlled by a combination of 5G and industry 4.O.

In an industrial floor – you will see robots, workers, analytics on the edge, different kinds of sensors, security cameras, some form of recording machines. How will you bring these devices together and automate them? You cannot put Ethernet on all of these, you cannot wire them, because all of them have to be reconfigurable and moving all the time.

Besides, each of them has their own set of requirements. For example, sensors need very-low latency monitoring, security cameras not only need data throughput but also extremely high level of AI and machine learning to know what’s going on in the floor. The head augmented display needs to provide a worker with 360-degree view of what he is working on. All this is possible because of the advent of 5G. Essentially 5G is made up of three things. A combination of Security, Connectivity and Compute is very important for ensuring that you have a truly 5G-enabled industrial IOT ecosystem or paradigm in the coming decade.

5G is not restricted to one band, it is fairly flexible and operate in multiple bands. It can operate in low sub-gig all the way to millimeter wave, depending on the kind of usage profile that is needed for a use case .The deployment can be very diverse, it can be in the form of micro network, which is managed by an operator to a 5G network, which is managed by a big industrial house like Adani. They can also set up their own 5G network. The 3GPP gives the flexibility of the private 5G network.

Some examples of service offerings enabled by private 5G network are:

The standardisation bodies, various operators and the infra-providers are working on technologies that will truly enable a very industrialised, mechanized and an automatic way of running an industry. So, going forward, with the foundation on LTE IOT, an evolution is going to happen in the next decade. 5G and all other enhancements that are happening in 3GPP will drive these requirements.

In the past 3GPP was mainly focussed on the specifications and operators, now the organisation is actually taking inputs from the industry. Work is going on in 3GPP Release 16 and beyond, taking inputs from industrial giants. They are now part of the standardisation body.

URLLC, as mentioned earlier, will provide low latency highly reliable information which the industry needs because it’s working in real time. And time-sensitive network or wireless ethernet, as it is also called, will provide high speed throughputs. Sensors sending huge amount of data, cameras or head-mounted displays sending information back to the cloud will require this kind of TSN. Also, 5G will offer flexible spectrum, all the way from sub-gig to the millimeter wave that lasts for flexible deployments.

A combination of Security, Connectivity and Compute is very important for ensuring that you have a truly 5G-enabled industrial IOT ecosystem or paradigm in the coming decade.

Is India ready for 5G? I believe it is a matter of when and not if.

It is going to happen. The government is firmly pushing it as a policy agenda to have 5G rolled out. With multiple spectrum options, a stable standardisation regime that is going on 5G NR and the technology that are being devised by 3GPP – I feel everything is converging to enable a truly 5G based industrial IOT ecosystem, not only in India but across the world, in the not too distant future.

Seven-eight years back when 4G was rolled out, it was very expensive. Now it’s very cheap. As technology gets matured, ecosystem gets confidence and the cost becomes low. It always happens with technology, and it will happen with 5G too.

The above article is an extract from the speech he presented at the IOTSHOW.IN 2019 in Bangalore.

Deloitte and Nozomi Networks Join Hands To Deliver IT, OT and IoT Security Services in EMEA 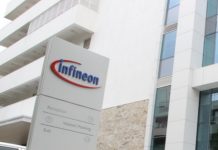 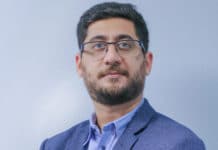 Editor Team - April 7, 2020
Cisco said that it will use Fluidmesh’s products to support the growing demand for on-the-move mission critical assets and applications The acquisition of...

ABB Teams Up With NASSCOM For Standardised Qualification for IoT Jobs

Editor Team - April 6, 2020
The qualification packs will be promoted across the industry for the purpose of hiring, promotions and curating learning & development (L&D) programs NASSCOM... 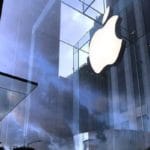 Highest Level of IoT Adoption Will be Seen in Energy and...