Many organisations believe once their data is in the cloud their worries are over. The author, however, gives convincing reasons for organisations to invest in a cloud backup solution to create a fool-proof situation around their data 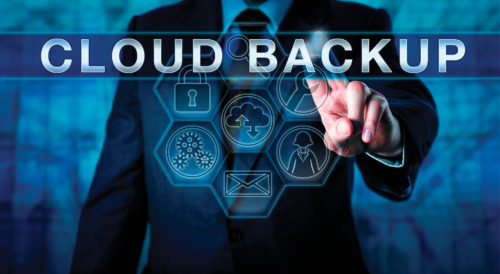 As a region, the Middle East has its own set of compliances and privacy requirements. One of the very stringent requirements is to keep its government, mission critical and public sector data resident within its areas of jurisdiction. For this reason, in the last few years, a number of cloud and infrastructure vendors have initiated rollouts to host their local editions in the region.

Gartner has forecasted that the Middle East and North Africa spending on public cloud services, including software, infrastructure, platforms and security, will cross the two-billion-dollar mark by 2020.

Overall, adoption, usage and spending on public cloud has seen consistent double-digit growth in almost every region of the world. The primary reason for this is the switch-over from an asset-based capital expenditure model for IT spending to an operating expenditure, pay-as-you-use model, which is provided by a public cloud type of consumption service. This reduces the burden of having a high initial expenditure outlay and a software vendor-based lock-in.

Consumerisation of IT, which is so much a part of the public cloud platform, continues to be an enabler for the double-digit growth of IT spending on this platform. On the flip side, it has opened the gates for a large number of users to come onboard and use the platform. While the number of cloud-enabled users will boost collaboration and workflow inside an organisation, it exposes a wider segment of executives to the vagaries of an external environment.

Irrespective of the service-level agreements of uptime provided by cloud service providers, business organisations must have the complete copy of their cloud data accessible to themselves in the event of a widespread operational failure or unexpected litigation or force majeure of any sort. Recent global outages involving large cloud service providers, like the recent Google outage in April 2019, have led consultants to point out that losses from such prolonged incidents could run into tens of billions of dollars.

Migration of an organisation’s employees to cloud platforms has meant that they now have access to data stored on the cloud. Irrespective of how well security policies have been mapped into cloud application platforms, accidental deletion or malicious deletion of data by users is another unpredictable possibility for loss of data in the cloud.

Consulting company Aberdeen Group points out that the most common reason for data loss in the public cloud is end-user deletion even when multiple confirmation steps are required. While such incidents are not frequent, when they do occur, financial losses could be devastating. In other words, the cloud platform does not offer a fool-proof plan for data protection unless organisations actively build such a plan.

One of the best ways to build a fool-proof plan is to invest in a data backup solution that can replicate and save data from the cloud to on-premises, irrespective of which cloud platform is being used by the organisation. Moreover, the best backup solution is one that allows data to be backed up from multiple cloud platforms and saved on-premises. The reason for this is, most organisations are in a multi-cloud platform environment rather than a single cloud one. 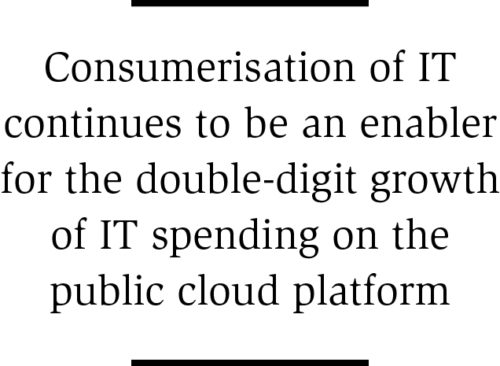 With increasing prices of cloud storage services, as you include such value-added services as security, backup and recovery, backing up data from the cloud to on-premises is getting increasingly economical. This is more pronounced for large, sprawling, global enterprises.

By backing up data from the cloud to on-premises, end-users can save on cloud storage costs and only keep the most current data in their licensed cloud platforms.

Last, the backup solution should offer latest storage management features such as de-duplication and single-instance data management. This would bring cost and storage efficiency to organisations that have taken the initiative to backup cloud data into an on-premises data management platform.

While innovative technologies may come and go, offering multiple opportunities for businesses to adapt and efficiently move forward, being able to successfully manage inherent risks is also part of the success.