Power-industry players, especially distributed generation, renewables and smart grids, want to identify their position in the digital terrain. One such transmission and distribution giant in the Eastern India wanted to make a calculated upgrade for analyzing undesired asset outage and majorly electricity theft incidents. Such unethical outtakes of electric power have dented the economic scenario of utilities in India and remains an unresolved challenge. Moreover, the race to light up a digital utility has been fraught with rancor and resentment. With the emergence of IoT, however, we are finally seeing light at the end of the tunnel. Techolution is igniting the torch.

Techologger, a data acquisition system developed by Techolution, has proved to be three to four times accurate in predicting equipment failures or assets at health-risk. Since its implementation, the transmission and distribution company has reduced the unexpected outtakes of electricity by at least 50%.

The making of Techologger – Condition monitoring to predictive maintenance

What began as a solution for condition monitoring and alert system for the electric utility, ultimately turned into a smart asset monitoring and predictive maintenance platform. Pioneered by Techolution, Techologger monitors, records and uploads crucial parameters of a distribution transformer including tank vibrations (oil & dry type), tank temperature, temperature of individual phases, and moisture content of LT distribution box.

The system is equipped with customized Industrial sensors that are seamlessly connected to the transformers to acquire data based on the above parameters. Techologger is a data acquisition system (DAQ) acting as a bridge between the Gateway and the cloud. The DAQ system can capture high vibration frequencies at higher sampling rates so that the full profile of the signal can be acquired. This data is further analyzed on a tailored dashboard.

Techologger is a product crafted out of an inspiration resounding from market demands. While accuracy and analytics prowess were low in the initial stage, the system has turned out to be far more intelligent. The challenges during the POC were limited to implementation, which ranged from the device’s size to aesthetics. After the beta tests were over, the team worked on reducing its size, SCADA integration and dashboard customization. Looking at the marginal cost difference between the asset and implementation RoI, Techologger needed to be economically viable, as the customers aimed at a lesser cost. The challenge now was to benchmark the most efficient products available in the market and reduce the cost of Techologger while maintaining its technical strength. Actions: sensing equipment and craft was handpicked through hardware partnerships; changes were made to the overall design to decrease overheads on the terminal box. Today, Techologger stands as the most cost effective, most efficient vibration-based condition monitoring system for the utility sector across the globe. As it turns successful, Techologger leverages machine learning & Industrial IoT at scale.

Utilities rely on data analytics to predict asset health. However, it has been strikingly important to gather the right kind of data for business decisions. Just as the case is, Techologger is the intellectual property of Techolution that collects vibrational frequencies at 10 ksps (kilo samples per second) to diagnose the health of assets and check any possible unnecessary power outtakes. Giving a brief background on the innovative operational side of Techologger, the device captures small range vibrations (0.49) using piezoelectric compression sensors. Consequently, Fast Fourier Transform (FFT) is done on the received samples. This enables the calculation of dominant frequencies generating due to increased vibration; primary cause of power losses and transformer health deterioration.

Traditional formulas that account the transformer’s age have become obsolete. To sharpen electric utilities’ abilities, Techologger analyzes data related to a transformer’s load profile. It has proved to be three to four times accurate in predicting equipment failures or assets at health-risk.

The setup was executed across 1000 transformers via parameterization of the technical system. Being a compact boxed device, Techologger eases the handling for retrofit while minimizing installation costs. First of its kind, Techologger records vibration frequencies in near real-time, compares the data with permissible range of values, and alerts any fluctuations. Since its implementation, the transmission and distribution company has reduced the unexpected outtakes of electricity by at least 50%. As a success metric, the company has identified 7,000 electricity theft incidents and counting. Objective fulfilled, the company has gone beyond to accurately predict the probability of asset failure and target asset maintenance activities.

As per a recent partnership with a global consulting leader, Techologger is poised to see mass adoption across major electric utilities in India as well as offshore. While talks are on, market leading utility firms have expressed interest in the demonstration of a POC setup. For further improvements, Techologger is being aggressively tested in harsh surroundings to confirm its tenacity in calamitous weather conditions.

Techologger has delivered massive benefits to electric transmission and distribution companies. In the utility area, power companies have been able to save at least 18% electric power. In doing so, transmission and distribution entities have been able to reduce unexpected outtakes of electricity by at least 70%. One utility business decision maker noted that Techologger can fight illegal activities such as electricity theft and tampering. Further, companies have cut down operational costs: so to say on electric utility giants being able to decrease 35% operational costs on maintenance of assets. An internal review suggests that Techologger has been able to deliver 97% accurate results in terms of asset health and suggested maintenance forecasts.

Instead of uncritically embracing the typical ‘all-encompassing digital transformation’, the goal for a utility’s digitization should be this: to leverage IIoT that helps build a sustainable business for the benefit of humans. Really, when you are starting digital, just as all other utilities across the globe, IIoT innovations need not be colossal. It’s better approached at a micro level in the initial stage. For an electric utility, nothing else is as important as its assets and resources. Techologger helps you electrify a spectrum of business outcomes through predictive maintenance, energy optimization, and operational efficiency. 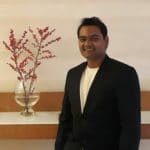 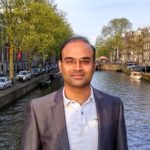 Ravi Shastry
Chief of IoT, Techolution
Ravi, the leader of our IoT practice, briefs the Digital Techolution CoE. He counsels and advises executives on strategy and transformation. He offers advisory support to C-suite members on digital disruption and the future of industries.