Google Assistant already supports Hindi language for smartphones, but it will now be available for Google Home and Home Mini as well 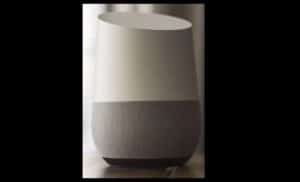 Google on Thursday announced that it has extended Hindi language support for Google Home smart speakers.

Google Home smart speakers is already capable of doing a lot of things, such as placing a call for you, making reservations for you, reminding you of any event, giving news, controlling smart devices at home and more. Hindi language support is the latest addition to the list of its smart capabilities.

Google Assistant already supports Hindi language for smartphones, but from now onwards it will also be available for the Google Home and Home Mini.

Talking about the new capability, Purvi Shah, Technical Programme Manager, Google Assistant said that their team has been working hard teaching the Assistant on Google Home to understand Hindi and respond to users with uniquely Indian contexts.

How to set up your Assistant on Google Home in Hindi

For this, first you need to open the Google Home app on your smartphone and select the Account icon at the lower right corner of the screen.

Next go to Settings and then tap on Assistant. Then select Languages, tap ‘Add a language’ and set ‘Hindi (Bharat)’ as the first language in the list.

Just say “Ok Google” to start a conversation with your Assistant on Google Home. Users can select only one language at a time, as the device won’t take commands in two different languages together.

Google Home and Home Mini were launched in April this year, priced at Rs 9,999 and Rs 4,499 respectively. Both the devices come with dual band WiFi and far field microphones.

Legrand to Focus Acquisitions Based on IoT, Automation

Penetration of Smart Gas Meters in Europe Reached 33% in 2020

Most IoT Attacks Originated in China, US and India: Zscaler Report

‘Sneak peek’ Of A Tiny Cellular IoT Solution: Cellular For Everything