Major application areas of IoT in agriculture technologies include precision crop farming, livestock monitoring and management, indoor farming and aquaculture, among others 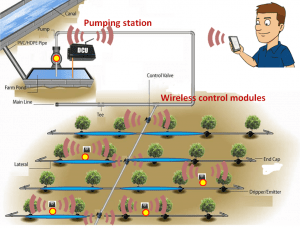 A new report from ResearchAndMarkets has projected the global Internet of Things (IoT) in Agriculture market to reach $28.65 billion by 2023.

The report defines IoT in Agriculture (IoTAg) as “the use of technology wherein agricultural planning and operations becomes connected in ways previously impossible if it were not for advances in sensors, communications, data analytics and other areas.”

IoTAg is causing a massive shift from traditional farm management towards software control and data-driven operations, the report said.

As per the ResearchAndMarkets report, major application areas of IoT in agriculture technologies include precision crop farming, livestock monitoring and management, indoor farming and aquaculture, among others.

Precision crop farming represents the most significant application in the market for the IoT based technologies, the report said. It noted that precision crop farming has the capability to efficiently utilize water by finely matching irrigation inputs to yields in each area of a field.

During the period between 2018 and 2023, application areas, such as aquaculture and indoor farming are expect to display the maximum growth, owing to the high possibilities of value addition in these application areas.

Earlier this month, a research by GlobalData, a leading data and analytics company, estimated the global IoT technology market to reach $318 billion by 2023, growing at a CAGR of 20 percent.

According to the GlobalData report, the IoT technology market reached $130bn in 2018.

GlobalData forecasts showed that solutions for government, utilities and manufacturing dominate the market, with a total of 58 percent of the opportunity in 2018. Energy and transportation are other major verticals, with a combined 15 percent of the market in 2018.