Though Microsoft didn’t share financial details about the acquisition, it indicated that it is part of a $5 billion investment in IoT that the company announced in April 2018. 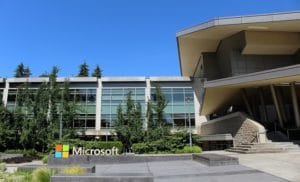 With this acquisition, Microsoft said it will unlock access to billions of new connected endpoints, grow the number of devices that can seamlessly connect to Azure and enable new intelligent capabilities.

By 2020, Gartner predicts there will be more than 20 billion connected devices.

One of Express Logic’s most important products is ThreadX, a real time operating system for MCU based devices that has achieved over 6.2 billion deployments.

Though Microsoft didn’t share financial details about the acquisition, it indicated that it is part of a $5 billion investment in IoT that the company announced in April 2018.

He said, “We are very excited to share that Express Logic has been acquired by Microsoft. Effective immediately, our ThreadX RTOS and supporting software technology, as well as our talented engineering staff join Microsoft. This complements Microsoft’s existing premier security offering in the microcontroller space.”

“We look forward to continuing our efforts to help simplify embedded IoT development and continuing to build customer loyalty by helping our customers get to market quicker with solutions that are simple, safe, secure and that can take full advantage of the IoT,” he added.