WootCloud Labs would be collaborating with IoT companies to alert the wider IoT community of these vulnerabilities for preventing attacks before they occur. 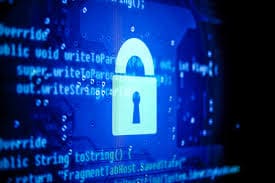 WootCloud Labs would be working with IoT organizations and companies to alert the wider IoT community of these vulnerabilities for preventing attacks before they occur.

“With so many smart devices available in the wild, device sprawl is rampant and creates an environment that is becoming more and more inviting for attackers,” said Srinivas Akella, founder and CTO of WootCloud.

“At WootCloud Labs our goal is to deliver actionable insights to the IoT community, empowering businesses with the information they need to get ahead and stay ahead of a wide range of vulnerabilities, exposures and exploits. We are looking forward to continuing to collaborate with organizations to deliver research and analysis around a wide variety of impending threats,” he added.

According to Juniper Research, the number of IoT connected devices may reach 38.5 billion in 2020 and spending on IoT cybersecurity solutions is expected to increase to over $6 billion globally by 2023.

WootCloud Labs aims to help enterprises and security firms get ahead of and detect new threats that exist in the rapidly expanding IoT ecosystem.

The research team at WootCloud Labs has identified and ethically disclosed numerous new threats over the past year. These include the following:

“In a climate where more than half of organizations have no good control over or have an accurate assessment of devices available on their network, there is an urgent need to proactively identify and manage ‘dark devices’ in a more effective way,” said Akella.

He added that WootCloud is committed to developing solutions and insights that will continue to address this demand.