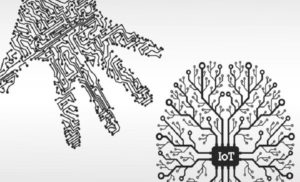 The expansion of the Internet of Things (IoT) is convenient and leads to the implementation of many disruptive applications with an increased risk of cyberattacks. Hackers can easily and remotely take control of devices, intercept and manipulate data, tamper with routers and servers and take control of application said the company.

Wisekey said that this patent is strategic for the company as it has just announced plans to develop an IoT-based early warning system to help with the early detection of viruses and future outbreaks. It said, ” WISeKey will be cooperating with global tech organizations and will use their IoT sensors equipped with the WIShelter app, to measure people’s temperature and provide geolocation of targeted quarantines. WISeKey is confident that an IoT network of interconnected systems along with advances in AI, analytics, connectivity, and digital certification can work together to provide an early warning system that can help reduce the spread of infectious diseases.”

It added that cities, governments, and businesses could create a global network of sensors that combine the behavior of individuals with anonymized digital identities to detect the spread of viruses. It will require standardisation, security, trust, planning, and implementation on a global scale and an emphasis on privacy.

It said that the benefits of using this type of early warning system (EWS) are improved interoperability, sensor and data plug-and-play, and orchestration. As cyberattacks becoming increasingly sophisticated and common, IoT security needs to be completely overhauled and strengthened. It adds, “IoT services and devices generate enormous amounts of data valuable to everyone from governments to end-users and beyond. WISeKey is deploying “large scale digital ecosystems” for both people and objects using AI, the IoT, and blockchain, and says they will be “respecting the human as the fulcrum of the internet.”

BICS and Avnet Silica Team Up To Accelerate Global IoT...