Through continuous developments, the underwater IoT technology includes use of various wireless methods such as underwater sensors 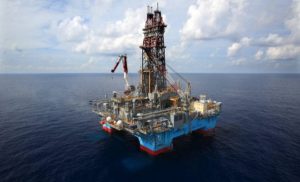 IoT has had a wide implementation in terrestrial applications such as smart cities, smart automobiles, smart locks etc.

Underwater applications is less heard of when it comes to the implementation of IoT. However, for undersea networking company WFS Technologies, the time for its technology to gain wider adoption might just be now. The UK-based company is more than a decade old and provides wireless networks that can communicate underwater and underground using low-frequency radio waves.

Seatooth is a wireless technology standard for exchanging data through water and the water-air boundary using low-frequency radio waves from 1 Hz to 2.485 GHz.  Using such low-frequency bands allows for the information to be transmitted wirelessly across the seabed at about 30-40 meters through the water.

Brendan Hyland, founder and CEO of WFS, says that of late, there has been a rise in interest from oil companies that want to set up monitoring systems on their ocean wellheads.

WFS also makes sensors designed for the tough ocean environment. These sensors have enough computing power to run machine learning models. The models allow the system of sensors to measure existing conditions and adapt to the absence of an internet connection.

The battery life of these sensors can typically last up to 30 years. The ability to transmit data wirelessly and process it on the ocean platform is of huge benefit to an offshore drilling operation.

In water, the frequency radio waves matter. The wider the wave, the lower will be the frequency. That makes it travel better through water and opaque surfaces such as walls and rocks.

Also, there needs to be a certain distance between the waves and the ocean surface. If it’s transmitting closer to the surface, then there is a chance of the signal to cross-over and travel through the air within a 1- to 2-kilometer range.

In case of the unfeasibility of wireless transmission, using a wire instead as the medium for communication cannot be used as it is both expensive and labor-intensive to connect. Wires also corrode faster when placed in a salty environment.

And with better algorithms that can provide more predictions about the overall health of machinery and the need for more efficient drilling operations.