In recent times, India has seen robust growth in the Internet of Things with cascading effects on society. Sudheesh Titto, manager – IoT Applications of Melange Systems Pvt Ltd in an interaction with ProfitfromIoT.com shares his thoughts on the technology trend that is going to shape the Indian IoT industry in the days to come.

Advancements in sensor technologies, connectivity solutions, and cloud computing technologies had been the driving force behind the IoT evolution. AI’s exponential growth is expected to be the propellant to take it to the next level.

In the Indian context, large scale implementations (numbering millions of connected devices) had been seen only in the smart energy metering segment so far. Low-cost Low Power Radio Frequency (LPRF) modules and related wireless networking technologies were the key enablers for the same.

The adoption of IPv6 infrastructure and devices will be an important factor for large scale implementations, and this will play a significant role in shaping up the future of IoT in India. 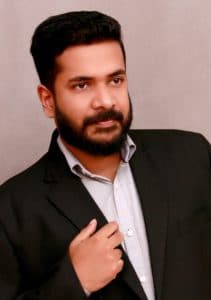 Q) Between the cellular and NB-IOT/LPWA families of wireless technologies-which one are you betting upon? Why?

The short answer is ‘both’. IoT market is steadily growing with the addition of millions of connected devices and expanding infrastructure. We at Melange strongly believe that there isn’t a single technology or solution that can resolve myriads of last-mile connectivity requirements. Thus we are a technology agnostic company and do not bet on a single technology.

Usually, the end-use case defines the connectivity requirements. A last-mile connectivity technology must be chosen considering various parameters like capital/operational expenses of the solution, area to be covered under the network, amount of data to be transported, interoperability requirements, throughput requirements, bearable message latency, number of message exchanges and its interval, power source availability .etc

Cellular, NBIoT and other LPWAN technologies are expected to coexist catering to their relevant use cases. NB-IoT may not be the right pick when live data from a camera needs to be transported to the cloud; same time LTE Cat 4 is overkill for collecting cumulative water meter reading once in a day.

Q) How’s the development of standards (or lack of it) affecting the adoption of IoT?

Today, there are a handful of technologies, alliances, and standards that are set out to support various levels of IoT solutions and its development process. Selecting the appropriate technology and standard must be a collective decision taken by the solution architect and the customer. It is practically difficult to set a single global standard on higher layers, unlike the IPv6 at the bottom. Notably, ”things” had grown beyond the internet; many solutions are autonomous and prefer to stay out of the internet and popular standards to avoid vulnerability.

Sticking on to globally popular and interoperable standards will help B2C companies to broaden their market.  Along with the positive side, we must also note that rapid change or advancement in the technology and standard may negatively impact the stakeholders to take conclusive decisions resulting in delays in real field implementations.

In our view, the cost of ownership is the major aspect affecting the IoT adoption in India. This is either caused by the lack of awareness of its long term benefits or by the unrealistic price targets set out by the industry giants.

Q) How ready is India’s tech eco-system to develop and deploy IoT solutions?

It is only the lack of implementation opportunities; otherwise, India’s tech ecosystem is fully equipped to develop and execute end to end IoT solutions, and we are already backed with the availability of popular global technologies.

Q) Do you foresee India’s tech industry developing its own IP and branded products/solutions in the IoT arena?

We have a vibrant ecosystem here, and it is already happening; we are seeing number of Indian firms coming out with their own products and solutions. A radical change is expected along with the evolution of the new IoT era. At the same time, presently we are hardly seeing any core technologies which are natively invented.

Q) Do you see the Open Source phenomenon plays an important role in the IoT arena?

Definitely, like in the past, this will steer clear of the monopolisation. A good ecosystem of open-source software repositories with active participation will also help in reducing the project turn-around-time, thus the time to market too.

Q) What’s your opinion on the state of security available for IoT solutions? How do you see the evolution from hereon w.r.t threats and counter-measures?

Internet connectivity is a double-edged sword; lack of protection will create a lot more harm than its use. We have already heard about DDoS attacks being carried out using IoT devices, control of house-hold devices being taken over .etc.

Though sophisticated firewalls and systems are presently available to protect the network gateways and servers, there is a larger risk of IoT end devices being used as an entry point for the attacks. End devices in the IoT chain are mostly designed with less processing capability due to the cost implication and power constraints. Adding additional security will call for more processing power resulting in device cost increase.

Good news to the industry is that cost-effective countermeasures are already launched in the market in the form of light-weight software libraries and low-cost chipsets, and number of firms are exclusively working on developing such remedies.

Security is a very important aspect that has to be analysed at the beginning of any solution architecture or product design. Every penny counts in large volume manufacturing; choosing the most effective and lowest cost solution to prevent the threat is a precise architectural decision taken at the first phase.