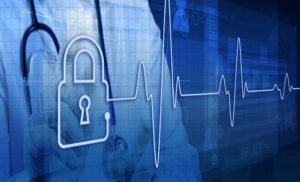 In recent years, a boom in the Internet of Medical Things has improved patient care in a big way. However, as the number of connected medical devices grows, healthcare providers have become  susceptible to cyberattacks more than ever.

In a survey conducted by the Irdeto Global Connected Industries Cybersecurity, out of 700 security decision makers across connected health, transport and manufacturing sectors, 82 percent respondents admitted to have experienced cyberattack in the past. The research surveyed both manufacturers and users of IoT devices in five countries—China, Germany, Japan, the U.K. and the U.S.

Out of the organisations affected by the attack, 30 percent reported end-user safety to have been compromised.

The research also found that operational downtime (43 percent) was most affected, followed by compromising of customer data (42 percent) and brand or reputational damage (31 percent).

The IT network was cited most frequently (50 percent) to have experienced an attack, followed by the mobile devices and accompanying apps (45 percent) and IoT devices (42 percent). These findings suggest that network security is no longer enough to prevent significant damage and organisations need to consider and include security at both the app and device level.

In addition, 98 percent of manufacturers and users of IoT devices stated that security of the IoT devices could be improved to a great extent by enabling new businesss models that addressed  patient safety issues.

“The benefits of connectivity in healthcare are clear for all to see, but this growth in connectivity brings with it an increase in vulnerabilities, with hackers looking to steal sensitive medical data, execute targeted attacks against care providers’ infrastructure and much more,” said Steeve Huin, Vice President of Strategic Partnerships, Business Development and Marketing, Irdeto. “The industry is clearly aware of the cybersecurity issues it faces, and it is now imperative that organisations upskill and implement robust cybersecurity strategies, incorporating device and app security, to ensure patient safety and optimal care, while preventing the extra costs insurance companies must charge as a result of a cyberattack.”

In 2017, the WannaCry ransomware attacked machines on a global scale. Those with poor security updates were badly affected.

“98 Per cent Organisations have Already Included Enterprise IoT in Their...