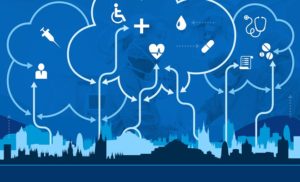 According to a 2018 report by the World Health Organisation (WHO) and the United Nations International Children’s Emergency Fund (UNICEF), close to 20 million children worldwide did not have access to life-saving vaccines for diseases like diphtheria, tetanus, and measles. This was mainly because approximately 30 percent of the medicines were wasted.

To prevent such an incident to reoccur in the future, a startup called StaTwig  has taken up remedial measures that incorporate solutions based on Blockchain and IoT (Internet of Things).

The vaccines will be monitored once it leaves the manufacturing plant until it reaches the health centre. This maintains an end-to-end visibility. At the same time, the manufacturers will also get to know about any shortcomings during the entire process. This will greatly assist them in fighting fake goods.

“They (manufacturers) are not just able to track their consignment and know when it has been delivered, the solution also helps them predict when their next order will be placed. The forecasting of demand and supply is a very important aspect of their business as it brings in efficiency and leads to cost reduction. Besides they are assured that a genuine product manufactured by them has reached the end user.” he says.

It is hoped that with the advent of such technologies, the management of supply chain will get strengthened. Thus any perishing of goods, be it vaccines or any other life-saving medicine will be timely avoided.