The Japanese multinational, Sony has chosen India as a viable destination for setting up its artificial intelligence labs. To enrich movie and music experience, these labs will be focussing on activities like research applications and processes for technology. 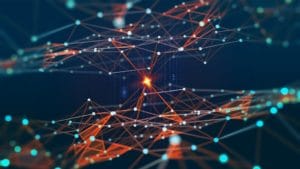 Bangalore will host Sony’s the first of its kind in India AI labs. With this, the India labs will become Sony’s seventh global R&D center, in succession to countries like Japan, the U.S., and China.

Lately, there has been a tremendous hike in the utilization and interest in artificial intelligence and blockchain technologies in India. This acted as a major indication that the country is becoming a potential hotspot for companies that want to introduce their new and improved renditions. As far as India is concerned in its adoption of artificial intelligence, the progress has been enormous and quite visible too.

Simultaneous activities developing across the country

In September this year, it was Telangana govt that declared 2020 as the year of artificial intelligence year, to organize various activities related to emerging tech. Telangana state government had signed up with NITI Aayog to come up with a National Strategy for Artificial Intelligence.

To add on further, NASSCOM is also expected to set up it’s Centre of Excellence in Data Sciences and AI in 2020 too.

Airtel In Talks With Automakers To Drive Connected Car Business In...

MediaTek Launches The New AI Based Chipset i700 For IoT