Beyond Evolution Tech Solutions builds plug & play IoT solutions that help in remote operation &energy management of any electrical appliance from anywhere. They focus on developing products that are appliance agnostic & network independent thereby making their solutions operable both in urban as well as rural locations. 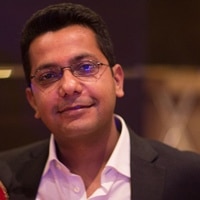 Saurabh Sharma, co-founder and CEO, Beyond Evolution Tech Solutions, in an interaction with EFY bureau, speaks about the IoT market in India, government’s role in IoT deployment, Beyond Evolution’s USP vis-à-vis competitors and many more.

Q. Many opine that IoT is just a buzzword that industry Gurus have coined to create hype? Do you agree with that line of thought? Or do you feel that IoT is opening an entirely new market?

I do believe that while implementation of IoT technology can truly transform lives and change ways of doing business off late, it has been overused to create an overkill. IoT is clearly here to stay but the impact it will create will depend tremendously on the problem it is trying to solve or the area of its application. Since technology, in its independence does not bring about a revolutionary change unless applied to solve a problem or addresses a latent need, implementation of IoT too will follow a similar suit.

To cite an example: Given a competitive price, a consumer would always prefer a smart AC, over a regular one, since it provides him the ability to remotely control the appliance- a value that is dimensionally higher than the non-smart AC. In that sense, IoT has the power to significantly add value for both buyer (by serving an untapped need) and the seller (giving the OEM adopting IoT a major edge over competitors), thereby augmenting an existing market for consumer appliances. At the same time, using IoT for providing a remote healthcare data/services to and from villages can facilitate creation of entirely new markets and value chains. Therefore, IoT has the capability to both create new market as well as disrupt existing ones.

Q. In your opinion, is the Government of India (GoI) playing any significant role in expanding the IoT market right now? If yes, how?

The GoI started on a positive note for IoT but is yet to add a meaningful influence. Broadly speaking, there are two ways the government can influence the adoption of IoT or for that matter any technology, v:

In my opinion, the government has failed in both of the above. To state with examples:

a) Smart Cities: While a numerous number of smart city projects have been proposed, none has taken off. Also, the whole tendering process for applying for such projects is so complex and designed in such a manner that no MSME or startup can qualify (thereby eliminating competition and the most innovative IoT solution), leaving only the big IT giants to qualify. What’s worse is that even these giants do not have a clarity on the execution or delivery of these projects. Therefore, adequate demand isn’t fuelled in any manner.

b) Make in India: While GoI promised Make in India, there is practically no policies or benefits for companies to manufacture in India. This is making us less competitive to our counterparts in China. In such a scenario, IoT solution providers like us not only have to source components from China but will also be forced to manufacture in China to remain competitive. This leads to no incentive for the solution providers to rapidly scale since Chinese IoT products even if poorer in quality will always beat us in capturing market.

The only initiative taken by the government is implementation of IP64 guidelines, enforcing telecom companies to adopt them so that they can distinguish between regular SIMs vs IoT device SIMs, which doesn’t affect anyone in the value chain.

Q. What are your expectations from the GoI in terms of the initiatives they should take to make India an IoT-super power?

We expect the following from the government:

Q. Are you satisfied at the rate of deployment of IoT solutions in India?

No, the market currently is still very slow and apprehensive in adoption of IoT. In my opinion, following are the main reasons:

Q. How do you see the IoT market evolving in the next 2-3 years?

In my opinion, IoT market would witness a boom, not holistically, but in a sector-specific manner. Prices of the components will continue to drop. Also, a large-scale adoption of IoT, in a particular sector, can impact overall cost of products. Partnerships between system integrators (SIs) and complete solution providers would also act as a key driver. For example: Consumer appliance categories like smart TVs and smart ACs would boom, but the category of smart bulbs may not unless prices really drop.

Similarly, in B2B, remote appliance & energy monitoring, telematics in automobile          would grow substantially but perhaps sectors like healthcare may not, etc.

In short, market will initially be driven by those product solutions that serve a utility need vs vanity need (e.g. smart geyser that saves energy vs smart bulb that serves a luxury need).

Q. Which industry segments do you believe will be driving a larger chunk of demand? Why?

I believe the following will be the industry segments that will fuel growth:

Both are the challenges for us. However, I am afraid that I cannot share our strategy for handling this for reasons of confidentiality.

Q. What fraction of your overall business is the IoT-related business?

Approximately 76 per cent of our business last year was from IoT.

Q. Any innovative strategy being planned or implemented by your team to create demand for your solutions amongst customers or channel partners?

We attempt the ‘Try and Buy’ strategy for influencing client decisions on purchase and experience. Beyond this, I am afraid we cannot share anything else due to confidentiality.

Both are key decision makers for our business in B2B. However, it is usually the top management that takes the final call on giving the project a go-ahead since the market is new as well as uneducated and there are very few examples of substitutes or success stories. We prefer starting the conversation from the top, if we get access to the right contact. Lest, we reach out to the business heads.

Q. Have you come across any successful deployment of IoT in India that’s worthy of being noticed by other decision makers? If yes, can you share details of the same?

Unfortunately, there is not a single success story big enough to be treated as a benchmark or frame of reference for others. Unlike the US, there is no NEST (IoT thermostat company that was bought over by Google) in India. Like us, all IoT companies are so far struggling for reasons such as lack of market education, awareness and apprehension.

Q. How would you describe your solutions to a non-technical decision maker at the clients’ end?

We build plug-n-play IoT solutions that help in remote operation, monitoring and energy management of any electrical appliance via a mobile app or web interface.

Q. What’s unique about your solution or your firm for them to opt for it, vis-a-vis competitors?

We pride ourselves in building the simplest and most easily usable IoT solutions. Our key USP that separate us from the competitors is that our solutions are:

One-third of Businesses Globally Now Make Use of IoT: Survey